The Jackass Penguins of Africa 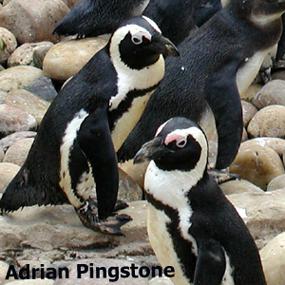 African Penguins stand just over two feet tall and weigh up to nine pounds. They nest in burrows six feet deep. The African Penguin now faces severe challenges. But even today, at Boulders Beach near Cape Town, it's possible to walk the beach among these charming birds and hear their obstreperous voices. Learn more about the fight to protect the African Penguin. Watch a video of the penguins.

BirdNote®
The Jackass Penguins of Africa