Late Fall Sounds to Listen For

Tune in to the sounds of the season 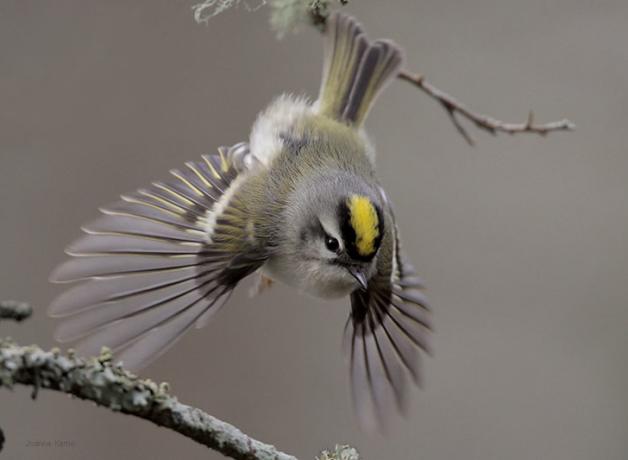 By the time November rolls around, the bird songs of summer can seem a distant memory.

But there’s always something to listen for. Small birds like chickadees and kinglets, including the Golden-crowned Kinglet pictured here, often mix in flocks while foraging. Geese can be heard overhead in the sky, calling in flight. And sunny November weather may inspire wintering birds like the White-throated Sparrow to burst into song.

Listening to Birds in November -
Fall Bird Sounds to Listen For

By the time November rolls around, the bird songs of summer can seem a distant memory. The breeding season is well past, and our summer birds visiting from the tropics have fled south, like this sweet-voiced Rose-breasted Grosbeak. [http://macaulaylibrary.org/audio/94327]

But birds that stay in temperate North America through fall and winter are by no means silent. Vocal communication is essential to birds, large and small, throughout the year. Small birds like chickadees and kinglets often mix in a flock while foraging in the cooler months, calling as they go – making quite a racket as they wander through a patch of woods. [Sounds of birds flocking and foraging]

There’s always something to listen for, signs of life.  Geese flying overhead, like these Snow Geese: [Snow Geese, http://macaulaylibrary.org/audio/3495]

By calling in flight, birds help coordinate movement as a flock. And since adult pairs of geese and swans stick together all through the year — even in winter flocks — some of the calls we hear are pairs keeping tabs on one another.