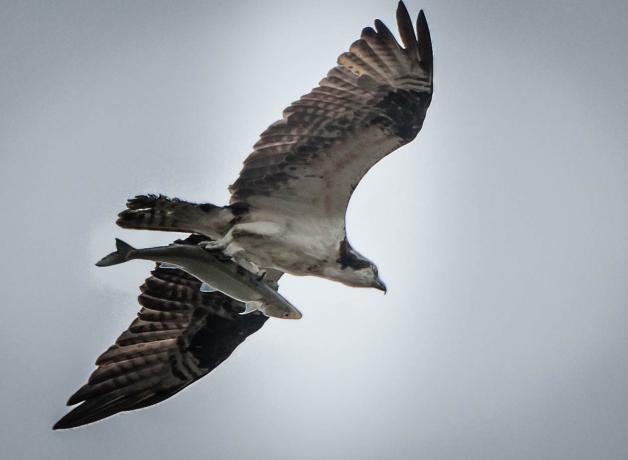 Lester Franklin is a student in coastal Maryland. He's also a writer and a coastal steward, working to encourage people of color to get involved with birds, conservation, and the environment. For Lester, becoming more aware of nature was a step-by-step process that started with peaceful walks along nature trails. But when he saw an Osprey “showing off” a fish, he was smitten. “I thought that was awesome,” says Lester. “I never thought of birds having a personality, so it made . . . a different impression on me.”

From an Interview by Dominic Black

Lester Franklin is a student in coastal Maryland. He's also a writer and a coastal steward, working to encourage people of color to become involved with birds, conservation, and the environment.

And becoming more aware of nature is a step-by-step process, Lester says.

"At first it was for me just a peaceful walking thing, because I always loved just going on trails…I had my binoculars with me…and then when they would spot out the birds to me, after a while I started thinking I could do it. Noticing the difference between different types of egret for example."

But when he saw an Osprey - that's when he was smitten. The idea of a bird, fish in talons, almost parading its catch around…

"And I thought that was awesome, I mean, what bird does that? You never heard of a bird just flying around, just showing off like “Yeah I caught this, this is mine.” It was just … to me … I thought it was hilarious. I never thought of birds having a personality so it made it more…a different impression on me."

Lester Franklin is a coastal steward working with communities of color in Maryland.

For BirdNote, I'm Mary McCann. Funding for this show comes from the Bobolink Foundation.