Where our summer birds spend the winter... 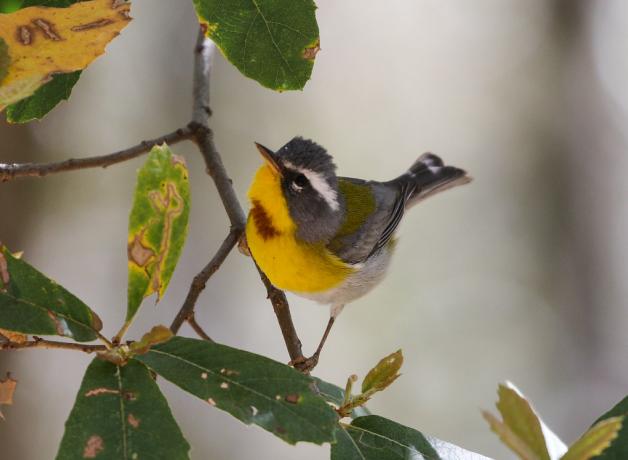 A winter morning in Oaxaca, Mexico—a great time to visit old friends who spent the summer in the United States. Yellow-rumped Warblers and Western Tanagers—northern summer-nesters that winter in western Mexico—mingle with resident Berylline Hummingbirds, Gray Silky-Flycatchers, and this Crescent-chested Warbler.

Today we’re in the state of Oaxaca, in southern Mexico. Winter here is a great time to visit old friends—birds, that is—we met in summer, back in the US.

The tops of flowering trees are “busy” with Yellow-rumped Warblers and Western Tanagers [Western Tanager call notes]—northern nesters that winter in Mexico. These northerners get to mingle with Berylline Hummingbirds [Wings] and Gray Silky-Flycatchers, year-round residents of the tropics.

Let’s leave Oaxaca City for the countryside, and ascend through a series of habitats. Here—where tall stands of cactus give way to shrubby oaks—another bird is escaping the northern winter, a neon-orange Bullock’s Oriole, perched in a morning-glory tree. [Call of Bullock’s Oriole]

Ascending further, to 7000 feet, we’ve entered a misty forest of tropical oaks festooned with bromeliads. Wow! What a flock of warblers working that oak tree! Flashy Townsend’s Warblers and glowing yellow Hermit Warblers [Song of Hermit Warbler], foraging alongside the splendid Crescent-chested Warblers of the tropics. 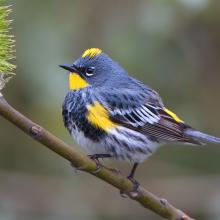 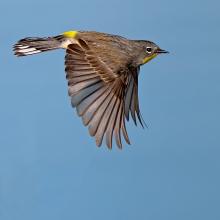 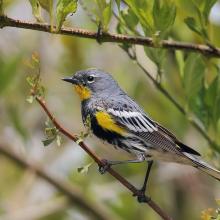 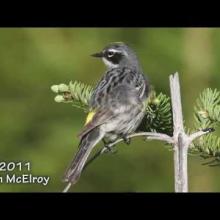 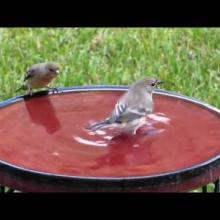