A Murder, a Party, a Stare, or a Siege

What do you call a bunch of birds? a flock? a gaggle? or something more creative? 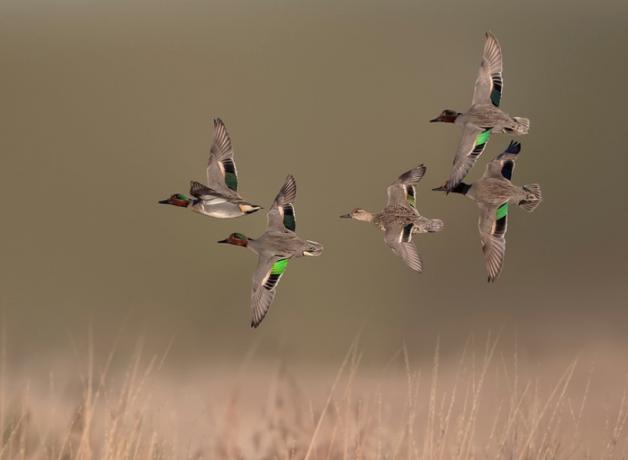 Collective nouns are a mixture of poetry, alliteration, and description. Victorians often made up creative names for groups of birds, as a parlor game. Many names bring a vision of the birds instantly to mind. How about this spring of teal? These are Green-winged Teal.

So what would a bunch of BirdNote listeners be called? A gaggle? A flock? A watch? Here's the list so far -- check out the blog.)

This is BirdNote. [American Crow: one caw]

One crow is just a crow. [American Crow: two caws]

Two make a pair. Three might be a crowd, but a group of crows is called “a murder.” [American Crow: many caws]

A fitting name for this bunch of rascals! How did such a name come about?

According to James Lipton, author of An Exaltation of Larks …

[song of Western Meadowlark] these names—called collective nouns—have been around for hundreds of years. Others believe that the Victorians invented many of these names as a fanciful parlor game. Collective nouns are a mixture of poetry, alliteration, and description. These labels are not used by ornithologists, but they add a bit of fun to the study of birds, don’t you think? [Song of Western Meadowlark]

If you’ve ever watched a parade of swans on a lake, you can see why it’s called a “wedge” of swans. Bold, raucous jays make up a “party” of jays. Many names bring an image of the birds instantly to mind: a “stare” of owls, a “company” of parrots, a “spring” of teal. [Flock of “ducks” rising from water]

Now, here’s one that might be misnamed. Do you think all this noise should be called a “murmurration” of starlings? [Chatter and squawk of European Starlings]

So what would a group of BirdNote listeners be? Hmmm… 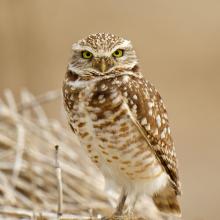 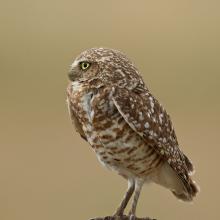 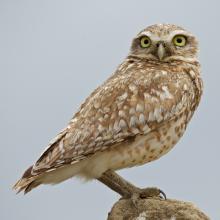 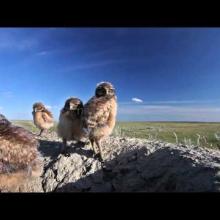