A bird with frequent flyer miles 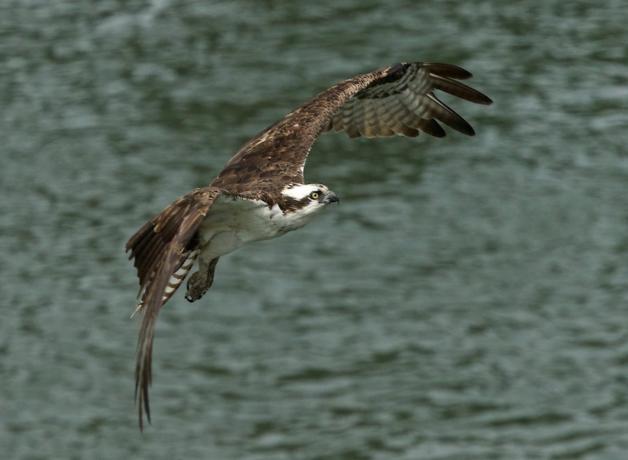 Ospreys may log more than 160,000 air miles over a lifetime. One female Osprey in Massachusetts, which researchers tagged in 2008 and named Penelope, headed south in early September, later reaching the Bahamas. After pausing in the Dominican Republic, she traveled to the Island of Birds, off Venezuela. She had covered nearly 3000 miles. After a side trip to the Amazon, Penelope spent the winter on a remote jungle river in Suriname.

Support for BirdNote comes from Bloomsbury Wildlife, publisher of Antpittas and Gnateaters. This new book is a photographic guide to these elusive bird groups. Available now.

Ospreys nest in spring and summer throughout much of North America. Watch for them along rivers, lakes, bays, and coastlines.

Most are migratory, heading south in September. Ospreys may log more than 160,000 air miles over a lifetime. Thanks to miniature satellite transmitters, we know a lot more about their travels.

One female Osprey, which researchers named Penelope, started south — alone — in early September from Martha’s Vineyard in Massachusetts. She paused in coastal Maryland and North Carolina for a few days, then flew directly over the Atlantic from the Outer Banks to the Bahamas. The crossing took her more than 24 hours.

But she wasn’t done yet. For the next several days, Penelope hopped islands in the Bahamas and paused in the nearby Dominican Republic. Then she set out on another day-long flight, taking her to the Island of Birds, off the Venezuelan coast. At this point she had already covered nearly 3,000 miles.

After a side trip to the Amazon, Penelope spent the winter on a remote jungle river in Suriname.

Watch for Ospreys next spring, nesting near you.