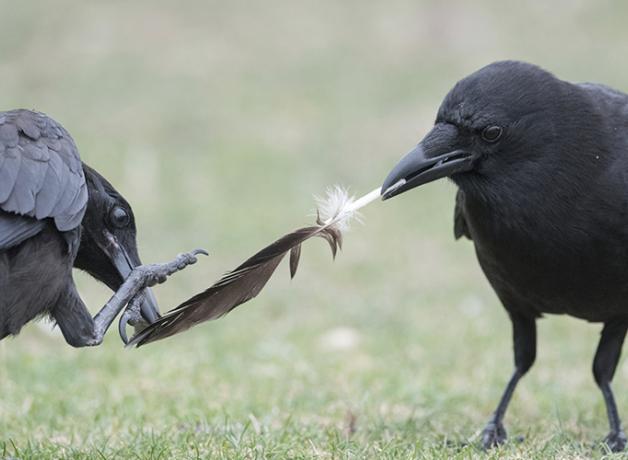 Many birds that play do it alone by swinging, sliding, or rolling around. Some species interact with objects, like dropping a stone and picking it up again. But a select few birds – like these crows – play with other members of their species. Scientists call this social play. It appears to have implications for the evolution of brain size among birds as well as our own species.

Ravens play with each other using rocks, sticks, pine cones — even the odd golf ball.

Scientists call this social play, and it seems to have profound implications for the evolution of brain size.

Most birds that play, play alone — swinging, sliding, rolling, and more. Others may play by interacting with objects, like picking up and carrying a stone or leaf, dropping it and picking it up again.

Researchers in Australia identified seventy-seven bird species that play and then related them to brain size. They found that playing alone and playing with objects correlated with somewhat larger brain size in relation to body weight.

But those species that play socially with others, like some corvids and parrots, show even larger relative brain size. Social play might look to us like a game of keep-away or tag. But that degree of learning and complex interaction could help drive the evolution of intelligence.
[Common Raven, https://macaulaylibrary.org/asset/104490971?_gl=1*elz9o6*_ga*ODU4OTUwNT…

And not just in birds. Play with others may also have been a key factor in the evolution of larger brains in our species as well. 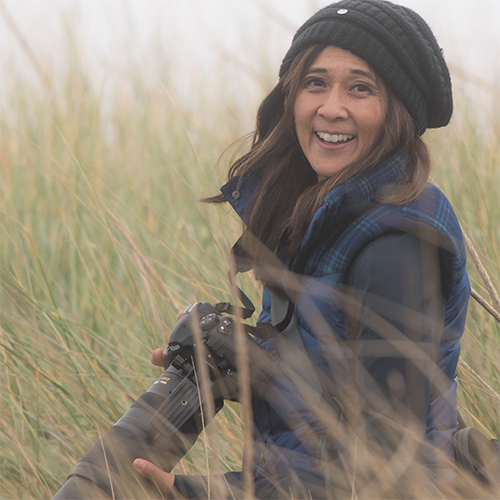 Common Raven - More at All About BirdsCrow Curiosities - Do Crows Play and Why? - Corvid Research