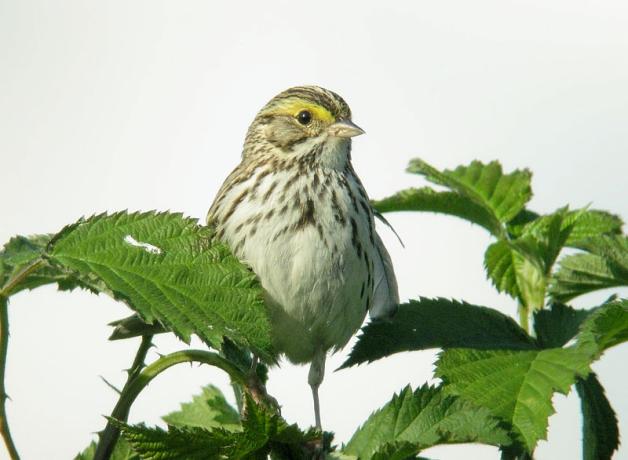 Bobolinks breed in North America and winter in South America. Like many songbirds, they’re classic long-distance migrants. But some Savannah Sparrows fly far south in winter, some fly not so far, and some stay put. This mix of strategies is known as “differential migration.” Sometimes males winter farther north than females. The Savannah Sparrows, Dark-eyed Juncos, and American Robins you see this winter may be males. The farther north he winters, the closer a male may be to snagging the best territory, and the arriving female, come spring.

This is BirdNote.
[Bobolink song]
We won’t hear the offbeat song of the Bobolink until spring. Bobolinks breed in North America and spend the winter in South America. Like many songbirds, they’re classic long-distance migrants.
But birds aren’t always so predictable in their north-south travels. Migration is actually a mix of behaviors, even among a single species.
[Savannah Sparrow song]
Savannah Sparrows breed in grasslands across Canada and the US. Then some fly far south in winter, some fly not so far, and some basically stay put. This mix of strategies is known as “differential migration.” Birds of a feather don’t always flock together.
But some migrants also segregate themselves by sex, with males generally wintering farther north than females. The Savannah Sparrows, Dark-eyed Juncos, and American Robins you might see in the north this winter are more likely to be males. Since they tend to be larger, maybe they can more easily handle the harsh winters. Maybe they outmuscle the females and young for access to winter food supplies in the north. Or maybe the males are competing for a headstart on spring migration.
After all, the farther north he stays in winter, the closer a male will be to snagging the best territory come spring. And perhaps the female, when she arrives.
For BirdNote, I’m Michael Stein.

[American Robin singing]
###
Bird sounds provided by The Macaulay Library of Natural Sounds at the Cornell Lab of Ornithology, Ithaca, New York. 191148 and 191137 recorded by W.L. Hershberger, 206448 recorded by  B. McGuire. 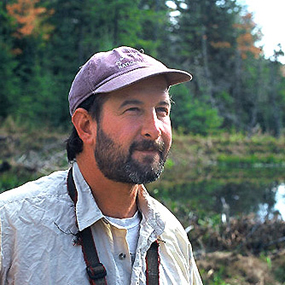 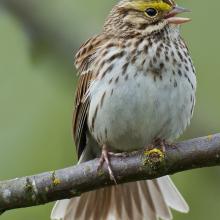