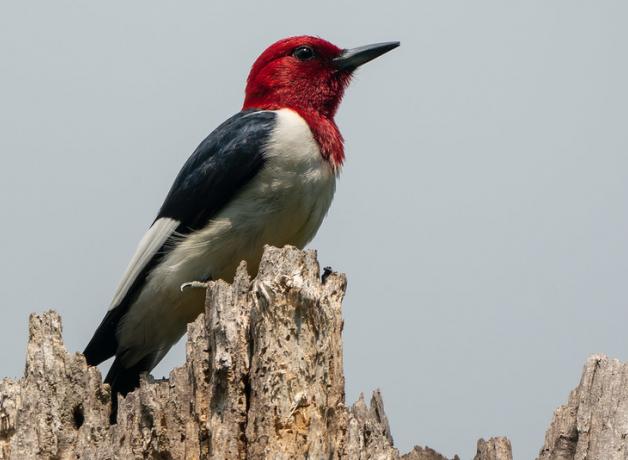 Red-headed Woodpeckers excavate cavities in large, dead trees called snags. Yet, over much of the Red-head's range, snags are frequently cut down as unsightly, or because they make good firewood. There are ways we can help the Red-headed Woodpecker -- and many other woodpeckers, too. The key is to leave snags intact. If you must cut down a tree on your property, consider leaving the lower trunk as a snag - a veritable condominium for wildlife!
In the meantime, consider creating a nestbox for a woodpecker. (Instructions below)

Red-headed Woodpecker – Save the Snags 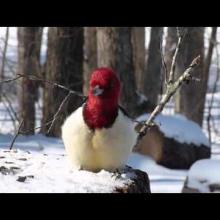