Shorebirds Aren't Always on the Shore

The next time you see a shorebird, ask it where it’s been 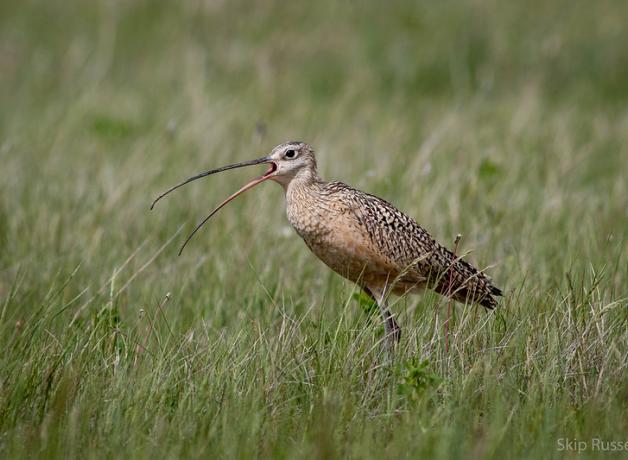 Shorebirds' lives take them to many places other than the shore. Most of the shorebirds we see along our coasts migrate to the Arctic in summer. Here, many nest on the tundra, some along rushing streams, and others on rocky mountainsides. Long-billed Curlews winter on the Florida, Gulf, and Pacific coasts. But this one was seen in a field near Creston, BC, Canada, nearly 500 miles from the coast and 1/2 mile from the nearest body of water, the Kootenay River!

Shorebirds Aren’t Always on the Shore

[Sound of waves along the shore, mixed with calls of Red Knots, Semipalmated Plovers, and Dunlin]

Almost any time of year when you visit the ocean shoreline — Pacific, Atlantic, or the Gulf of Mexico — you're likely to find a batch of sandpipers and plovers, running along the retreating wave edge, probing in the mudflats, or flying up suddenly in a tight flock. They’re found so often near the water’s edge that the whole group of them — plovers, sandpipers, and others — is known officially as “shorebirds.”

It’s easy to think shorebirds like these spend all their time, well, on the shore. But that’s not the case.

[sound of flushing cloud of peeps peepepepeeepeepeep wings flutter, fade out as narrator starts next:

Most migrate to the Arctic in summer, where many nest on the tundra, along rushing streams or on rocky mountainsides.

One of our most familiar shorebirds doesn’t live on the shore at all. The handsome Killdeer is a year-round resident of open fields, lawns, parking lots, and even driveways. [Killdeer]

The Long-billed Curlew, which winters on the Florida, Gulf, and Pacific coasts, actually heads inland to nest in the grasslands and sagebrush of the arid West. That’s about as un-shore-like as it gets.

So the next time you see a shorebird, ask it where it’s been. 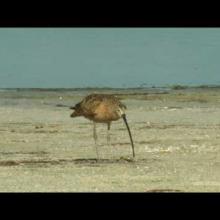 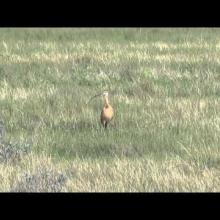 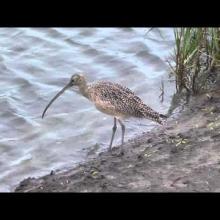