What the heck is a dowitcher? 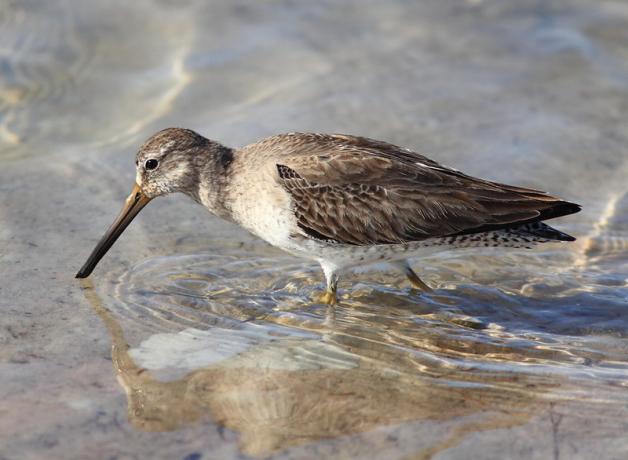 Dowitchers are a common type of sandpiper seen across North America. Two species, the Short-billed and the Long-billed, stop to feed busily on wetlands during migration from their Arctic breeding grounds to their wintering areas. The origin of the name is unknown. Theories include that it echoes their calls, that it’s an Iroquois word, or that it’s a corruption of “deutsch”, referring to German immigrants who hunted the fat fall migrants.

Short-billed Dowitcher - What’s in That Name?