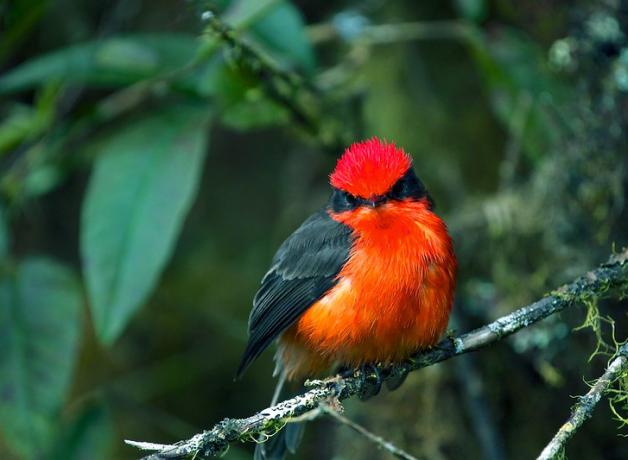 Author Nick Belardes was walking at a park near his home in San Luis Obispo, California, when he saw a man who seemed in tune with birds. Belardes asked him what the coolest bird around was, and the man replied Vermilion Flycatcher. Belardes and his wife soon went out looking for the ruby-like bird, finally spotting it through rain and mist. He remembers that sighting as a turning point that drew him deeper into the world of birds.

[Music: “Come on Over” by Blue Dot Sessions]

Several years ago, author Nick Belardes was walking at a park near his home in San Luis Obispo, California...

Nick Belardes: When I saw this guy, he seemed in tune with birds. He was listening, doing his thing. So of course I interrupted his moment. I kind of wanted what he had, this hidden knowledge, this open-minded love of nature of what surrounds you. So I asked, “Hey man, what's the coolest bird around here right now?” and he had an immediate answer and he said, “Vermilion Flycatcher — it's a jewel.”

Mark Bramhill: Nick was intrigued. He Googled for the bird and found a place where there had been several recent sightings, and went there with his wife the next day. But the weather…

Nick Belardes: It's rainy and misty, bordering on miserable. I’m just thinking this is the worst moment to try and find a needle in a haystack. I was about to give up when my wife spots something flutter out of some reeds.

Nick Belardes: I mean, this thing is a glorious ruby. It's a shining jewel of plumage and attitude. This bird is a show-off.

Mark Bramhill: Now, Nick goes birding almost every day. But he remembers that first Vermilion Flycatcher as a turning point.

Nick Belardes: I still feel the fire from that little encounter and the electrifying flames of that ruby plumage and still feel what they seared into me.

Nicholas Belardes - WebsiteVermillion Flycatcher - More at All About Birds 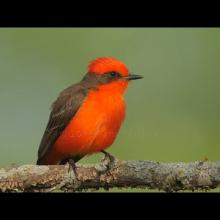