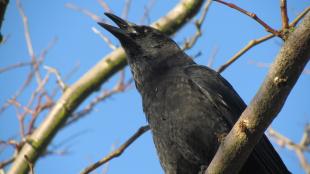 January 17, 2022
Kira Jane Buxton wrote two novels about a foul-mouthed pet crow navigating the extinction of humanity. But her love for crows began just a few years before writing the books. She found an injured crow surrounded by 60 others calling out in alarm. Though Kira was nervous, she took the crow 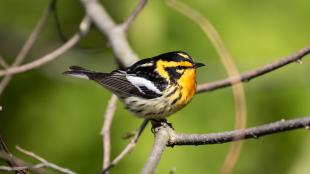 December 1, 2021
Justine Bowe fell in love with birds when she was a kid, on a hike with her dad when she saw the fiery colors of a Blackburnian Warbler. Justine now manages the Bird Friendly Coffee program at the Smithsonian Institute's Migratory Bird Center, working with coffee farmers to preserve 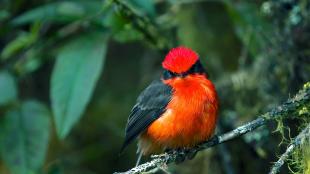 November 17, 2021
Author Nick Belardes was walking at a park near his home in San Luis Obispo, California, when he saw a man who seemed in tune with birds. Belardes asked him what the coolest bird around was, and the man replied Vermilion Flycatcher. Belardes and his wife soon went out looking for the ruby 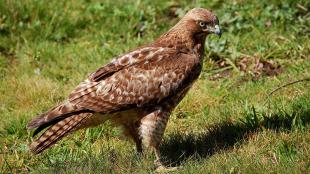 November 5, 2021
Sculptor and musician Walter Kitundu first became enraptured by birds in 2005 when a Red-tailed Hawk flew four feet above his head. He named the bird Patch, after the white patch on the back of her head, and kept returning to the park to see her. Patch became used to Walter, accepting him 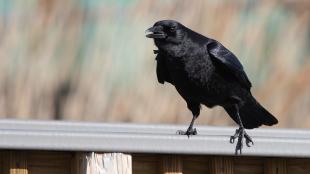 June 22, 2021
When Dr. Kaeli Swift was in college, she became obsessed with the Corvid family of birds, which includes crows, ravens and jays. She decided to study whether crows learn to recognize certain human faces as friendly. She tried putting a mask on a mannequin holding peanuts, but the crows 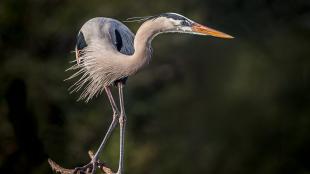 March 24, 2021
As a kid, science writer Ryan Mandelbaum avoided birds, thinking they were gross and kind of scary. But doing a video project in journalism school, Ryan had to search all over to get footage of a Great Blue Heron. When Ryan found one in its nest, they were shocked at how majestic and 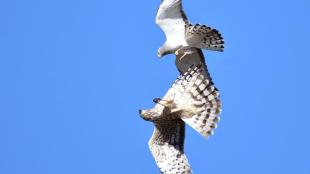 March 2, 2021
When Olivia Wang was in college, she did field work with Northern Harriers. She remembers the first time she saw a male doing a courtship display known as sky dancing: “It's just all these aerial acrobatics and loops and dives. And it was just… breathtaking to watch — and it still is every 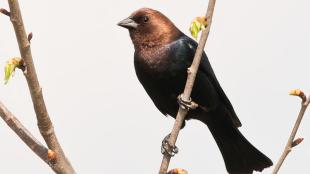 February 17, 2021
When illustrator Diana Sudyka was in second grade, she was given a Peterson’s Bird Field Guide. She still remembers making her first bird ID — a Brown-headed Cowbird. Even years later, Sudyka’s love of birds has stuck with her. She recently illustrated the children’s book, How to Find a 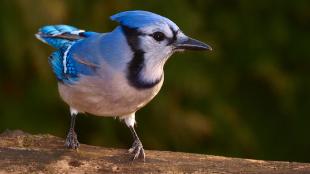 February 1, 2021
In an ornithology class in college, Corina Newsome was introduced to the Blue Jay. After this, Newsome was determined to learn about the world of birds she had never noticed before. Now she’s an avian ecology graduate student and Community Engagement Manager for Georgia Audubon, where she 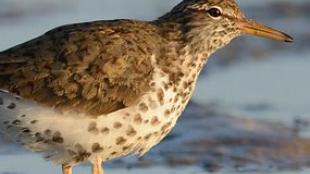 October 14, 2019
When he was just a kid, Gordon Orians kept notebooks about the birds he saw. And then he realized he could make discoveries – he could add to the body of knowledge and contribute to science. That opened a whole new world to him, and he has spent the rest of his life studying birds and the