Cartoons about a lonely bird befriending the moon. 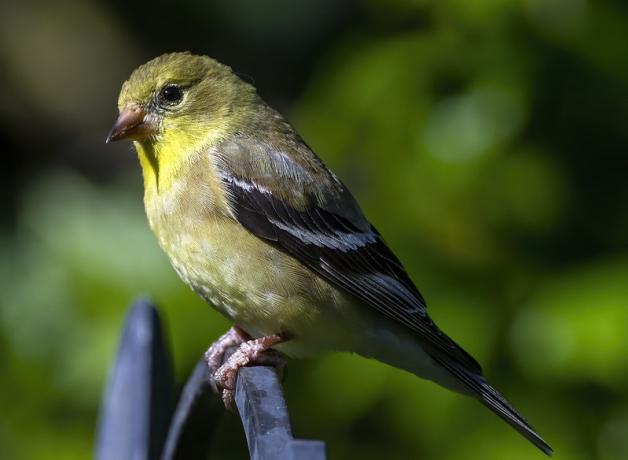 Rosemary Mosco was drawn to birds as a shy child, because they rewarded patience. In college, she struggled to connect with her classes in anthropology. She began volunteering with a group in Toronto that tries to stop birds from hitting windows. At the same time, she created a cartoon about a lonely bird that befriends the moon and flies around the city having adventures. She now combines art and science as a cartoonist and science writer.

Cartoonist and science writer Rosemary Mosco has loved birds since she was, as she puts it, a shy and nerdy kid.

Rosemary Mosco: I kinda got easily overwhelmed by loud sounds or lots of people. And birds are just so quiet and nervous and reward patience, which I sort identify with. So I was really drawn to them.

Mark Bramhill: She loved birds and drawing, and so she wanted to combine art and science in college. She tried studying anthropology, but things weren't clicking.

Rosemary Mosco: I was just sort of struggling and stressed out. And so I took a year off from college and I worked for this group called FLAP in Toronto, the Fatal Light Awareness Program, that tries to stop birds from hitting windows. And so that was my first job in the field that I wanted to do. And I made a cartoon called Bird and Moon, which was about a lonely bird that befriends the moon, who it turns out is also a bird and they fly around the city and they have adventures. And it was just sort of this fun thing I did on the side. But that year of sort of taking a breather, that wound up dictating what I fell in love with and what I wound up doing. And then I had to go back and finish anthropology. No shade to anthropology, it's amazing! But it just wasn't what I wanted to do.

Mark Bramhill: Rosemary still makes informative, and hilarious, comics for Bird and Moon, as well as her new book, A Pocket Guide to Pigeon Watching. You can find links to those at our website, BirdNote.org. I'm Mark Bramhill.