A Tiny Island Full of Terns

Thousands of terns rely on a small habitat! 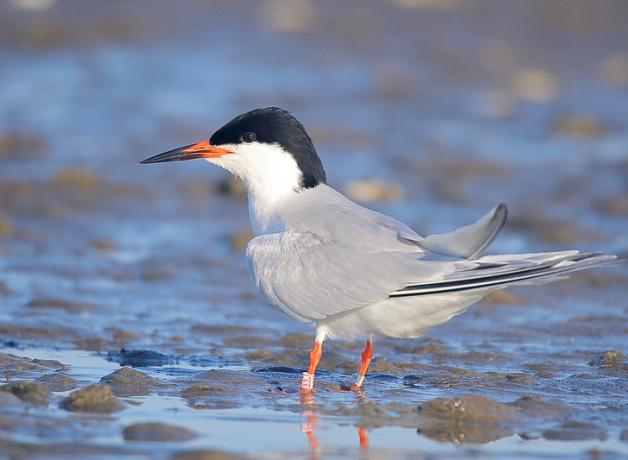 The Northeast population of Roseate Terns is endangered. Each summer, roughly twenty-five hundred Roseate Terns are found on Ram Island, a 2.5-acre island off the coast of Massachusetts. In the 1960s and 70s, gull numbers surged. Gulls drove terns off of Ram Island, until biologists began chasing off the gulls to encourage terns to nest there again. Their efforts were successful: today, about one in five Roseate Terns in North America nests on the island. The site is designated as an Important Bird Area (IBA.)

A Tiny Island Full of Terns

A flock of terns dive-bombs a pair of Great Black-backed Gulls on Ram Island, two and a half acres poking above Buzzards Bay off the Massachusetts coast. The terns want the predatory gulls away from their nests. Though terns outnumber gulls on the island now, it wasn’t always this way.

In the 1960s and 70s, gull numbers in New England surged. Nesting gulls overwhelmed the Roseate and Common Terns of Ram Island, driving them off.

The Northeast population of Roseate Terns is endangered. Biologists realized the terns couldn't afford to lose Ram Island and began chasing off gulls trying to nest there from 1989 to 1992. Then, they waited.

In 1992, a few Common and Least Terns nested on the island. The next summer, two pairs of Roseate Terns appeared. Now, roughly twenty-five hundred Roseate Terns, including their chicks, are found on Ram Island each summer — about one in five Roseate Terns in North America.

Ram Island’s value to birds is way bigger than its size. Sites like this are designated Important Bird Areas or IBAs. To learn about IBAs near you, visit our website, BirdNote dot ORG. I’m Michael Stein.