A Virginia Rail on Michigan Avenue

The last place you'd expect to see this elusive bird 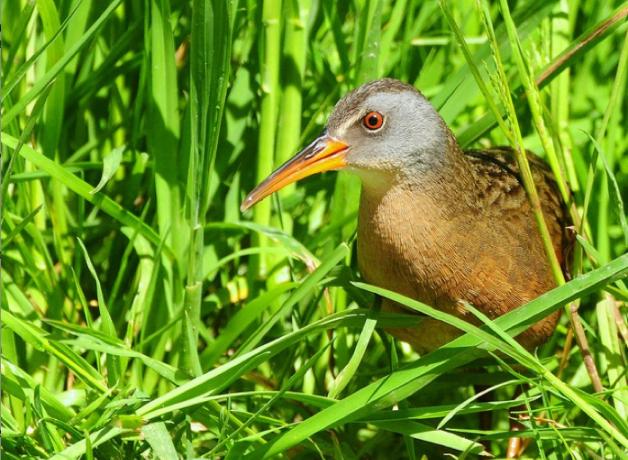 Chicago’s Michigan Avenue – with towering glass skyscrapers and fancy boutiques – is the last place you’d expect to see a bird that normally hides in freshwater marshes. Yet, during migration, secretive Virginia Rails like this one pass over the city at night. That is, until they hit a building or become confused by lights. Annette Prince, of Chicago Bird Collision Monitors, tells of rescuing one of these slim, nine-inch-tall marshbirds, from a busy city sidewalk.

A Virginia Rail on Michigan Avenue

As told to Chris Peterson by Annette Prince

[[Sounds of the city]
Chicago’s Michigan Avenue – glass skyscrapers, fancy shops – the last place you’d expect to see a bird that normally hides in freshwater marshes. Yet, during spring and fall migration, like millions of other birds, secretive Virginia Rails, pass over the city at night. That is, until they hit a building or become confused by lights. Annette Prince, director of the all-volunteer Chicago Bird Collision Monitors, tells of rescuing one of these slim, nine-inch-tall birds, from a busy city sidewalk:

“Pedestrians in the area were walking right past it not even noticing it, and it’s a fairly large bird… So I followed behind the people, and the bird just kept walking, and we were able to catch it. This bird was very confused, very disoriented, and it turned out, when it was taken to the wildlife center, that it did have trouble flying, so it got x-rays and treatment for whatever trauma it had incurred in the urban area.”

“But to see a bird that is so elusive and secretive in the marshes…and this bird is walking down a sidewalk…It’s heartbreaking because you realize that these birds can’t find any direction to go… one direction there’s traffic and in another direction there’s glass.  There are predators that are ganging up on them [calls of Ring-billed Gulls]. Some of these larger birds have groups of crows and gulls that just come after them because they’re sitting targets. They’re vulnerable. They’re very disoriented.  It’s something that we experience every day when we’re downtown finding these birds in the early morning hours...”

You can follow Annette to the rest of the story, and learn more at birdnote.org.
###
Calls of Ring-billed Gull [3334] provided by The Macaulay Library of Natural Sounds at the Cornell Lab of Ornithology, Ithaca, New York, recorded by R.S. Little.
BirdNote's theme music was composed and played by Nancy Rumbel and John Kessler.
Producer: John Kessler
Executive Producer: Chris Peterson
© 2013 Tune In to Nature.org        Oct 2018        Narrator: Mary McCann

American Bird Conservancy has more about birds and buildingsCheck out ABC's bird-friendly building guide (a PDF)BirdNote on location: Bird collisions and rescue efforts in downtown ChicagoBirdNote on location: Willowbrook Wildlife Center helps injured birds Visit Chicago Bird Collision Monitors Discover Ornilux Bird Protection Glass New York turns out the lights for a bit -- to save birds!See Part I: Why Birds Collide with BuildingsSee Part II: Chicago Volunteers Rescue BirdsSee Part IV: Bird Rehabilitation at Willowbrook CenterPart V: How a Building Manager Is Helping to Save Birds!Listen to the BirdNote show about Lights Out TorontoVirginia Rail - More at All About Birds 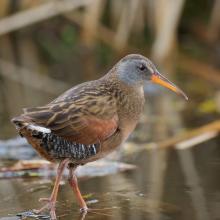 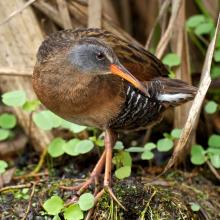 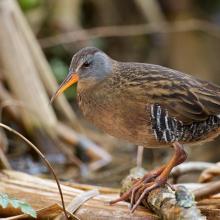