What Makes an Efficient Flying Bird?

There’s a trade-off between flying and feet. 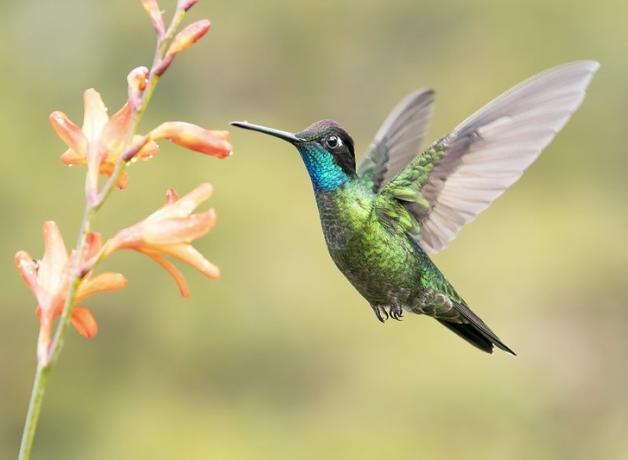 Every bird species uses its wings a little differently, and some are specialized for highly efficient flight. But that means going without other abilities. Swallows and hummingbirds (like this Talamanca Hummingbird) capture their food on the wing, but they can’t walk. Swifts, which are acrobatic in the air, can’t even perch. Yet they dazzle with the maneuverability made possible by their aerodynamic bodies.

What Makes an Efficient Flying Bird?

Some birds are much more efficient flyers than others. They get more power out of each flap of the wing. Birds that capture their food with their beaks while in flight are the best fliers of all. But there’s a trade-off.

Feet have many uses, but for a flying bird, they’re a drag — literally. So birds that pursue prey on the wing have evolved weaker feet than other birds. Just like with airplanes and rockets, reducing the weight of anything not needed for propulsion increases flight efficiency.

Both swallows — which snatch flying insects out of the air — and hummingbirds, which catch their prey and gather nectar in flight, have weak feet. They can perch, but they can’t walk.

And swifts, the birds most highly adapted for flight, have such weak feet that they can’t even perch! They can only hang by their long claws or shuffle a few inches.

But in return, swifts can fly rapidly and efficiently, and they have great maneuverability. They and their close relatives, those hummingbirds, are the only birds that can fly straight up. That enables the swifts to exit the chimneys and cavities in trees where they nest. Now that’s an efficient flyer! 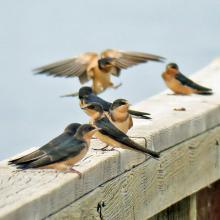 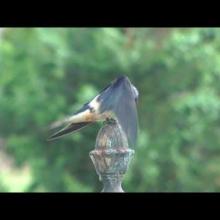 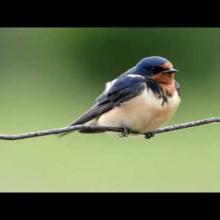