Why Birds Collide with Buildings 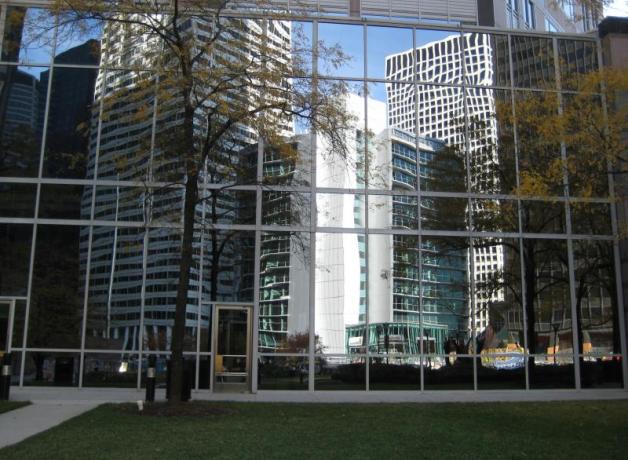 Who among us hasn’t almost walked into a glass door? Birds though, especially when migrating, run the risk of colliding with reflective glass in urban areas. With millions of birds dying from collisions every year, it’s heartening to know that bird-friendly lighting and design options are emerging. For example, a brand of glass called Ornilux contains a UV pattern nearly invisible to humans that warns away birds. A promising product!

There's a lot more to this story. See Related Resources, below.

Why Birds Collide with Glass - With Annette Prince

[A flock of Pine Siskins twittering]

Who among us hasn’t almost walked into a plate glass door?  Birds though, especially when migrating, run the risk of colliding with glass. Annette Prince, director of the rescue group Chicago Bird Collision Monitors, explains:

“Well, birds come into an urban area, the majority of then are coming from northern forests in Canada and the northern United States, and all of a sudden they are in an environment that has a huge quantity of glass that’s reflective. And reflective glass mirrors either the sky that they want to fly towards, it reflects an attractive tree that a bird doesn’t understand is a false reflection…or they may see transparent areas that they think they can pass through and get from one park to another.”

A type of glass now on the market, called Ornilux, contains a UV pattern nearly invisible to humans but that warns birds away. With millions of birds dying from colliding with glass every year, it’s good to know there are lighting and design options that are safer for birds.

“These tiny birds are making these epic journeys of hundreds or thousands of miles and I see them beat all these odds of weather and endurance and distance that they travel, and having to avoid predators and try to find food and try to find shelter and all of a sudden, in what’s a very small span of their evolutionary existence, we’ve erected these barriers that are an additional hazard for them. I think they deserve a better fate.”