a bird of anomalies... 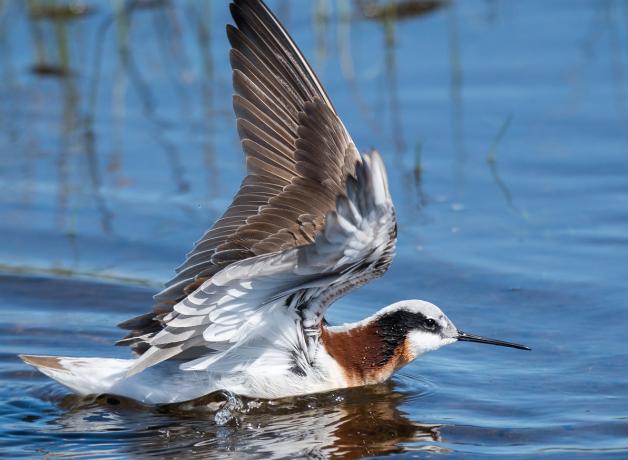 If any bird is an anomaly, it's the Wilson's Phalarope. In a birdbook, Wilson's Phalaropes are found among the sandpipers. But they forage while swimming. Spinning like tops, they create an upwelling, pulling food to the surface. The breeding of Wilson's Phalaropes is anomalous, too. Females are the brightly colored sex, and courtship roles are reversed: female phalaropes compete for males, and, once they lay eggs, leave all parental duties to the males. In common with many birds, though, Wilson's Phalaropes face conservation challenges.

In a bird book, Wilson’s Phalaropes are found among the sandpipers – and in fact they do have the long, slender sandpiper bill, but, instead of probing tide flats, they forage while swimming, alongside ducks. They spin like tops on the water. That creates an upwelling, pulling food to the surface which the birds pick up. [Wilson’s Phalarope call notes]

The breeding of Wilson’s Phalaropes is even more unusual. Females are the brightly colored sex, opposite of most birds, and courtship roles are reversed: females compete for males, sometimes mate with several and, once they lay eggs, leave all parental duties to the males. In summer, Wilson’s Phalaropes nest in prairie wetlands in the northern half of the western United States, and well into Canada, but come winter they head south — some as far as Argentina.

To learn more about the anomalous phalarope, come to our website: BirdNote.org.  I’m Mary McCann. 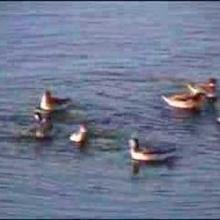 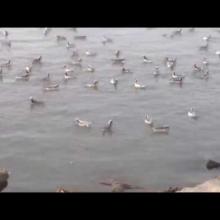 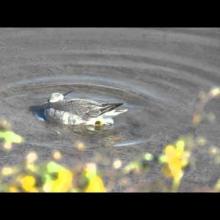