Explore the ecology of Hawai‘i on July 12th 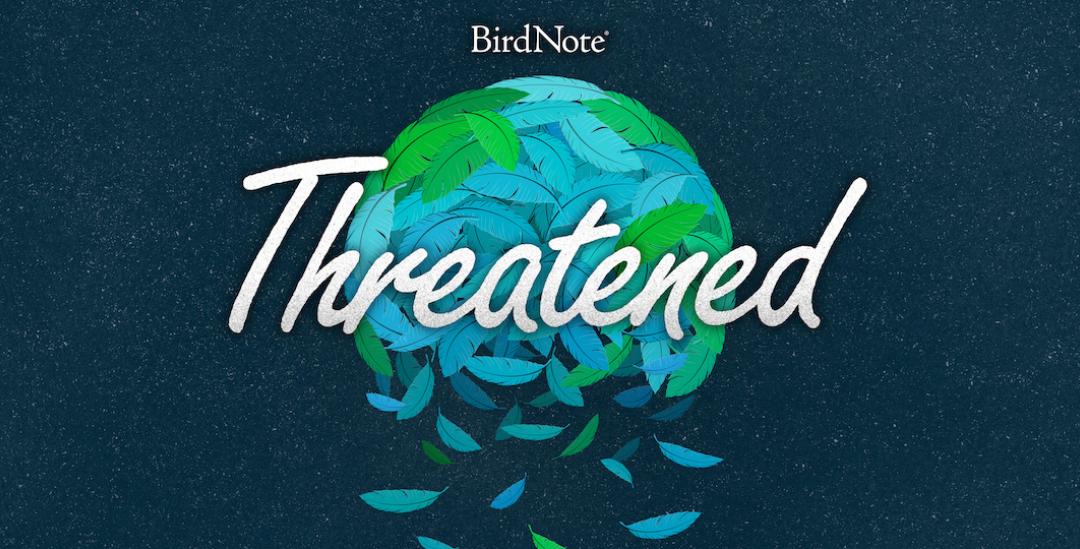 Threatened returns with Season 3 on Tuesday, July 12th. These five new episodes explore the unique ecology and conservation of the Hawaiian Islands. Of the 44 endemic bird species in Hawai‘i, 33 are endangered. The good news: people are helping these birds fight for survival. Take a deep dive with host Ari Daniel to see how humans are answering the call to protect the birds of Hawai‘i, and how the lives of these birds are connected with the lives of the Hawaiian people.

Ari Dianiel: I’m Ari Daniel, host of Threatened. And this season we’re going to spend five episodes digging into bird conservation and the ecology of one unique place.

Savannah Harriman-Pote: There’s this phrase you’ll hear over and over again: Hawai‘i is called the extinction capital of the world. Two thirds of our bird species have gone extinct since the first arrival of humans in Hawai‘i.

Ari Dianiel: Of the remaining 44 endemic bird species, 33 are listed as endangered. And these birds face compounding challenges.

Colleen Cole: Especially on Mauna Kea, there was a lot of grazing. And so their habitat got smaller and smaller.

Rachel Sprague: At the end of that season, we found about 20% of the nests had succeeded. largely due to cats and rats.

Ari Dianiel: But, there are people helping these birds in their fight for survival.

Donna Ball: We can't fix 200 years of, you know, habitat loss and degradation in 30. But we can do our best, you know, trying to focus on the species that we can still help

Noah Gomes: everything is just really connected -- in a lot of different ways -- within the Indigenous world, within the science world.

Bret Mossman: It changed too quickly for species to keep up. And I think that's where it becomes so important to bring in these ideas of Aloha aina, Malama aina, kuleana to place -- you know, responsibility, love of the land and caring for the land.

Ari Dianiel: And as long as there are people answering the call to action, there’s hope for these birds.

Lisa Crampton: I have to keep assuming that there is a way because the minute you give up, there is no way.

Ari Dianiel: Join us for this season of Threatened, from BirdNote. Episodes come out weekly starting July 12, wherever you get your podcasts. 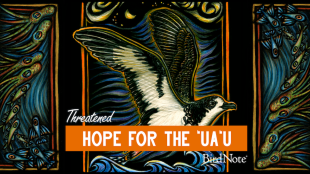 August 9, 2022
We end our season with a little seabird that’s making a comeback. The Hawaiian Petrel, or ‘Ua’u, was once written off as going or gone from the islands. But after recent discoveries of remnant colonies, we see how some human intervention with the right tools can make a huge difference for… 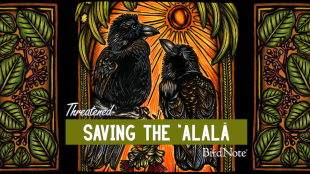 August 2, 2022
Hawai‘i has its own species of crow, the clever and charismatic ʻAlalā. But the species hasn’t been able to survive in its shrinking native habitat. The only reason the ʻAlalā still exists is because of captive breeding programs. Reintroducing them to the wild is fraught with challenges…