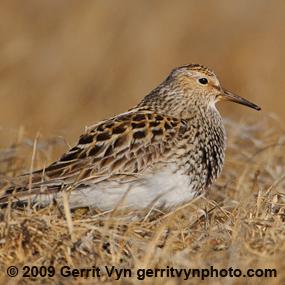 December 6th is the anniversary of the Arctic National Wildlife Refuge, designated so in 1960. The Arctic coastal plain is probably the most important place in Alaska for the widest number of avian species - including this Pectoral Sandpiper - and the greatest number of birds. Ironically, that habitat type has the least protection in the entire state. From the American Birding Association to the National Rifle Association, groups are joining together in support of wildlife refuges.

This is BirdNote!
[Shorebirds at the Arctic coastal plain]
The Arctic National Wildlife Refuge, a place where wildlife photographer and sound recordist, Gerrit Vyn, has spent a lot of time… Let’s hear what he has to say about the wetlands there:

GV 1  “In early June millions of birds arrive there, from all over the world to breed, all these different kinds of ducks, shorebirds… which are sandpipers, plovers, and other types of wading birds, -- all these birds go up there and they’re feeding on this explosion of insect life that happens in the brief spring and it’s also a place that’s very safe for them to nest because there’s relatively few predators – so they’re going to this place because it’s safe and there’s lots of food, and trying to quickly breed and then move on again, across the globe...to where they spend the rest of the year.”

From the American Birding Association to the U.S. Sportsmen’s Alliance, from the National Audubon Society to the National Rifle Association, groups are joining together in support of funding to maintain wildlife refuges.  Learn how you, too, can help. Begin at our website, BirdNote.org.
[The sound of spring on the Arctic coastal plain]
###
Songs and calls of the birds at the Arctic National Wildlife Refuge provided by The Macaulay Library of Natural Sounds at the Cornell Lab of Ornithology, Ithaca, New York, recorded by M.J. Anderson and Gerrit Vyn
Producer: John Kessler
Executive Producer: Chris Peterson
© 2012 Tune In to Nature.org     December 2017/2018     Narrator: Mary McCann 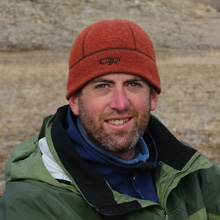 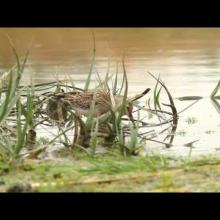 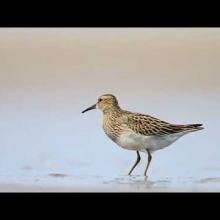