Can you tell what the bird is by just hearing it? 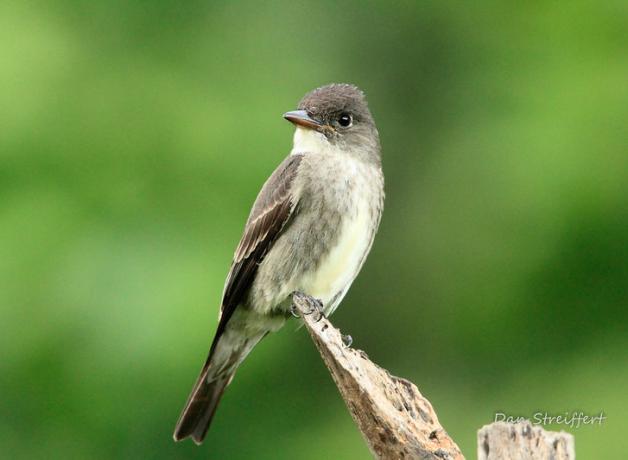 This quiz features
- an American Robin ...
- an Olive-sided Flycatcher, like this one ...
- a Red-tailed Hawk ...
- a Steller's Jay, which you're most likely to hear west of the Rockies ...
- and a Blue Jay, usually seen east of the Rockies.

This is BirdNote!
Do you like to guess the bird before we identify it? Then here’s a short quiz for you. OK, here we go:
Bird One: [Song of the American Robin] Yes, that’s the song of the American Robin.
Bird Two: [Call of the Olive-sided Flycatcher] The Olive-sided Flycatcher. In a few weeks, these flycatchers will leave for their wintering grounds in South and Central America.
All right, here comes Bird Three: [Cry of the Red-tailed Hawk] Yup, that’s the cry of a Red-tailed Hawk soaring overhead.
How about this one? [Call of the Steller’s Jay] Did you answer “Blue Jay?” Uh-uh! Nope, this is the Steller’s Jay. If you’re west of the Rocky Mountains, you’re most likely to hear the Steller’s Jay. East of the Rockies, you’ll hear the Blue Jay. [Call of Blue Jay]

Support for BirdNote comes from American Bird Conservancy and Bringing Back the Birds, a photo book by Owen Deutsch on the importance of protecting birdscapes. Available at amazon dot com. 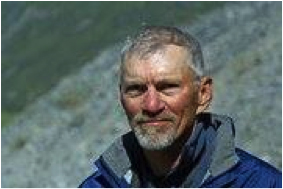