Birding with Grandpa -- With Dick Ashford 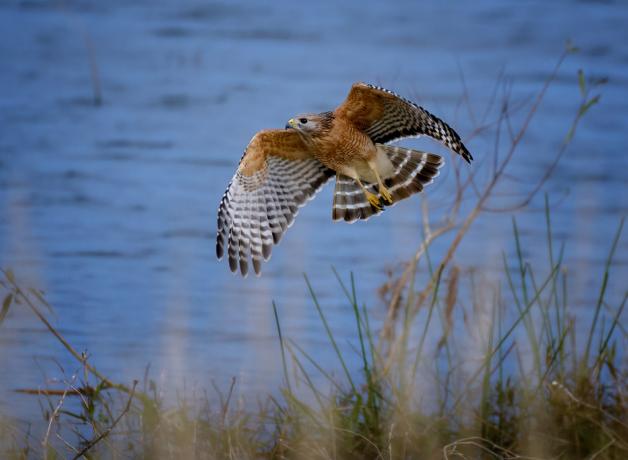 Dick Ashford, former board president of Klamath Bird Observatory, completed a career with the Navy before learning about birds in earnest. Like many, he's taking time to share his love of birds - and looking for Red-shouldered Hawks, like this one - with younger generations. One of the lucky kids is his grandson, Jack. Dick says: "The day after Thanksgiving, I was able to show him, in one day, a Golden Eagle, a White-tailed Kite, and a Northern Harrier plus an assortment of waterfowl and shorebirds." A good day for grandfather and grandson!

BirdNote salutes all who share their love of birds with young people.

This is BirdNote!
[Call of a Red-shouldered Hawk]
Dick Ashford, president (emeritus*) of Klamath Bird Observatory, in Oregon, completed a career with the Navy before learning about birds in earnest. Today, he describes himself as a "continuing student of birds and birding." Like many, he’s taking time to share his love of birds – like looking for Red-shouldered Hawks – with younger generations.
[Repeat call of Red-shouldered Hawk]
One of the lucky ones is his ten-year-old grandson, Jack. Here’s Dick:
“A couple of years ago, I decided maybe it was time to see if Jack could stand a full day in the field looking at birds, so we took the day after Thanksgiving…and I was able to show him, in one day: a Golden Eagle in the scope, perched; I was able to show him a White-tailed Kite in the scope, perched; a Northern Harrier in the scope, perched, plus an assortment of waterfowl (ducks), shorebirds, over in the Great Central Valley of California.”

BirdNote salutes all who share their love of birds and enjoy days afield with young people. [If you’ve been lucky in this way, and want to let us know, tell us about your experience at birdnote.org.] For BirdNote, I’m Mary McCann.
[Repeat call of Red-shouldered Hawk]
###
* Dick Ashford served 2 terms as president of the board of Klamath Bird Observatory and is now an honorary board member. 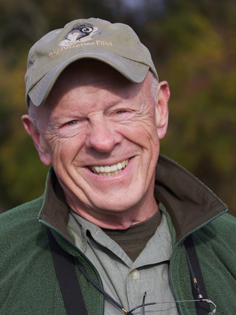 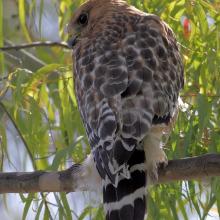 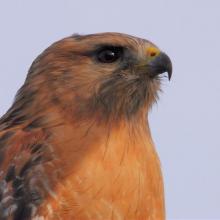