Out of the 810 species of North American birds, only crows and ravens are completely black. But they have much more in common than color. Along with their cousins, the magpies and jays, they’re among the smartest birds on the planet. But which is which? And who’s smarter? Let's check it out. And watch out, there’s a crow-or-raven quiz at the end!

A.It’s hard to say. Crows make tools, play games, and outwit other species in search of food. Check out this story about a crow fooling a young Glaucous-winged Gull on the beach.

A Rook, a close cousin to the American Crow, may have been the culprit in setting the roof of Shakespeare’s wife Anne Hathaway’s cottage on fire, when all he wanted was to smoke out some parasites under his wings, with a smoldering cigarette. That story. 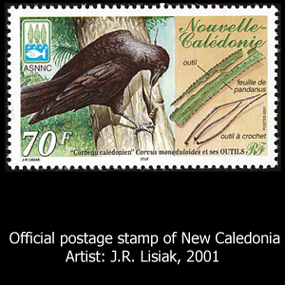 A New Caledonian crow named Betty is famous for her tool-making skills and even turned up on an official postage stamp.

A researcher of crows at the University of Washington, John Marzluff, discovered that the birds can recognize individual faces -- and remember a person for his action -- for better and for worse. (Note: Be careful what you do to crows!)

The raven, on the other hand, has an uneven reputation. Bhutan has taken the raven as its national bird. In Sweden, however, the raven may be seen as the ghost of a murdered person. In Britain, they’re revered -– and a few are royally maintained for their entire lives in the Tower of London.

Myths of the indigenous Pacific Northwest Coastal peoples portray the raven as a trickster, but also as the creator of the sun and of rivers and of tides.

In a contemporary story, an employee of Grand Canyon National Park tells how a raven tricked his dog out of her bone.

And biologist and bestselling author Bernd Heinrich writes that, “Ravens associate with any animals that kill large game -- polar bears, grizzlies, wolves, coyotes, killer whales, and humans,” and may even help lead wolves to their prey. Listen to that show. 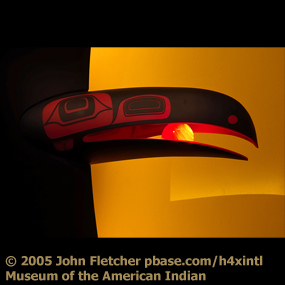 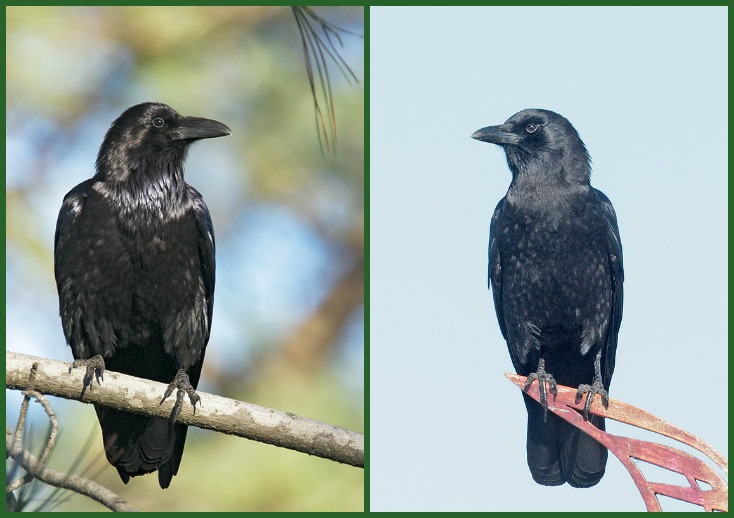 Q. So how to tell the two apart? Which is a crow and which a raven? 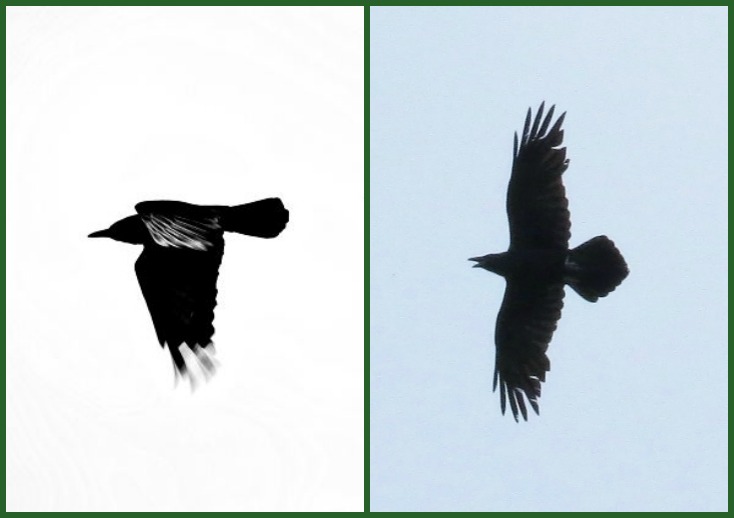 The BirdNote show, Ravens and Crows - Who Is Who? explains how you can tell a crow from a raven.

And here are still more stories about crows and ravens!

As promised, here's the quiz!
In each of the three photo pairings in the story, which is a crow and which is a raven? (Scroll down for the answers.)

Find more about Ravens vs Crows at AllAboutBirds