Tale of a Rascal Crow

These corvids are clever! 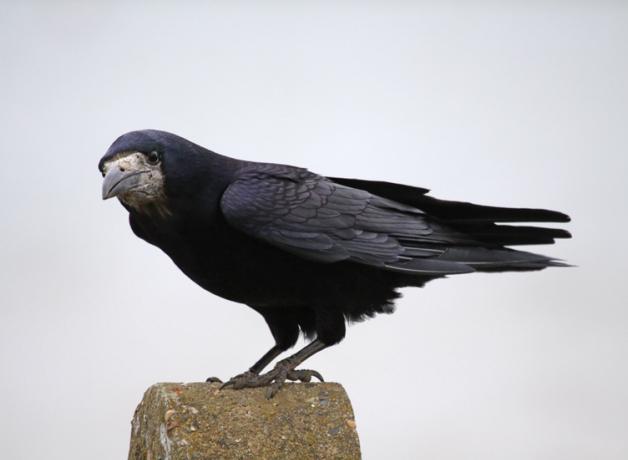 Crows and their cousins - ravens, magpies, jackdaws, rooks, jays, and others - are among the cleverest birds in the world. Some even use tools - including a lit cigarette! A Rook, like this one, allegedly set fire to the thatched roof of Anne Hathaway’s historic cottage in England. And all because it had an itch...

Drop us a line and let us know what you think of birds -- and of BirdNote. We'd like to hear from you!

Tale of a Rascal Crow

This is BirdNote! [Single crow cawing]

Today, I have a crow story. One day at Anne Hathaway’s historic thatched-roof house in England, the roof caught fire and burned. The police suspected arson. The owners repaired the roof and also hired a guard to watch the house. A week later, that same guard finished a smoke and tossed his cigarette butt to the ground. To his astonishment, a crow* picked it up in its beak and flew to the top of the cottage. There, the bird stuck the smoldering cigarette under its wing and held it for a few moments next to its body feathers, before dropping the cigarette on the roof. Soon the thatch began to burn. [Sound of thatch on fire.] The guard called for help and then extinguished the fire.
After the story hit the newspapers, a bird watcher offered this explanation: Crows* that suffer with feather parasites have learned that they can hold smoldering embers in their wing-pits to smoke out these pests. The owners of the Hathaway cottage had found the arsonist—a crow* with an itch! [Repeat crow cawing]

What do you think? Too improbable? No? Have you seen a bird do something that surprised you? Let us know at birdnote.org. I’m Mary McCann.

* Editor's note: the bird was most likely a Rook or perhaps a Carrion Crow.
And we're story to say that this story seems to have been a creative tale. A myth, widely perpetuated, thanks to the internet. Seems possible, though, doesn't it? Those corvids can be real rascals. There was a fire at the cottage in 1969, and perhaps a couple of stories were merged at that time...

Drop us a line and tell us what you think of BirdNoteLearn more about the clever crow!Crows with cigarettes... Check 'em out!Find out more about crows at All About Birds 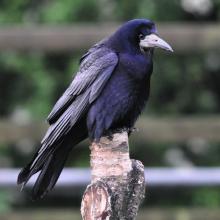