Birds and Glass - At the Wild Bird Fund 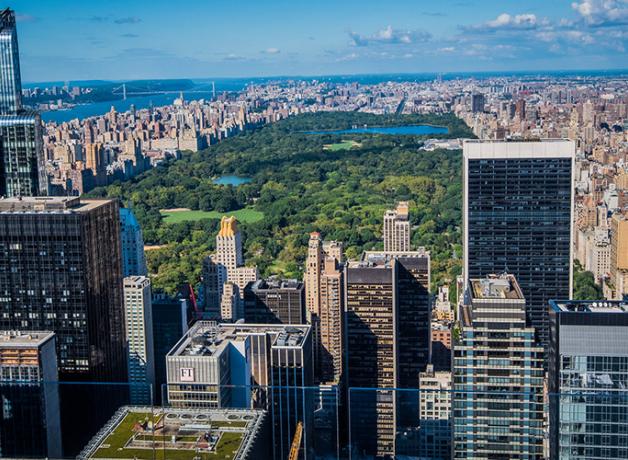 Rita McMahon started New York City’s only wild bird rehab center in 2005. Today, the Wild Bird Fund has grown to see more than 7,000 birds each year. What’s the biggest problem during migration season? Collisions with glass. And New York City has a lot of glass. But there's hope -- and new legislation about building material.

Listen to an extended story about birds and glass on our podcast, BirdNote Presents.

Birds and Glass - At the Wild Bird Fund

This is BirdNote. I’m Ashley Ahearn.

Rita McMahon started New York City’s only wild bird rehab center — in her apartment — in 2005. But after years of hard work, she needed a better location.

Rita McMahon:  In 2012 we opened our store front in a lovely landmark building, and I got to move out the 60 birds that were in my apartment on my husband's birthday. It was a nice present.

Ashley Ahearn: The Wild Bird Fund has grown to see more than 7,000 birds each year. They see lots of pigeons, a lot of birds for lead poisoning. But during migration season, there’s one common culprit:

Rita McMahon: Right now, the great majority are from the window collisions. Like last weekend on Saturday? 26 in one day. That's a lot.

Ashley Ahearn: Most birds don’t survive the impact with glass in the first place. If they do make it, many have concussions or broken bones. Only about a third of the birds brought to the Wild Bird Fund for window collisions survive.

Rita McMahon: So when it comes to us, we see our job as … really what we're doing is hospice. Stop the suffering; make the end as comfortable as possible.

Ashley Ahearn: Saving birds from this unhappy end requires rethinking the way we design buildings, and New York City is on the cutting edge of that challenge. This past December, the New York City Council passed legislation that will require builders to use at least 90% bird-safe materials for the bottom 75 feet of a building — that’s where the vast majority of collisions occur.

Maybe in the future, Rita will see fewer birds at her rehab center.