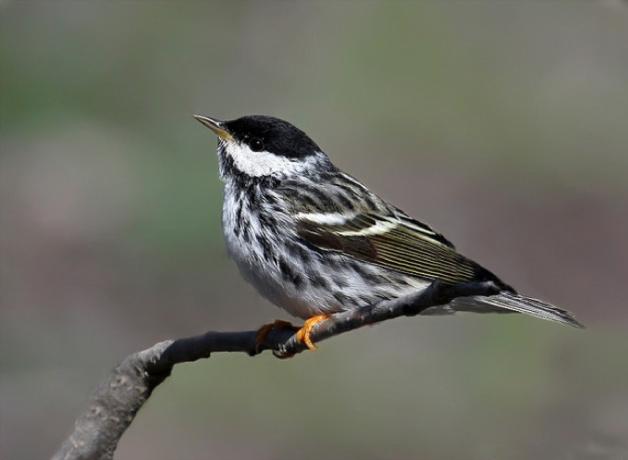 Blackpoll Warblers make the longest migration of any North American songbird, an annual round trip of eleven to twelve thousand miles. In August, the warblers leave Western Alaska and head east across Canada to the Maritime Provinces and the coast of New England. Then, the tiny songbirds fly over the western Atlantic, wings buzzing at 20 flaps a second. They ultimately make landfall along the coast of Venezuela or Guyana, an over-water trip of about 2,000 miles and 3 million wing-flaps!

[Song of Blackpoll Warbler in breeding habitat in Western Alaska]

Blackpoll Warblers breeding in Western Alaska make the longest migration of any North American songbird, an annual round trip of eleven to twelve thousand miles.
[Song of Blackpoll Warbler]
In August, the warblers head east on an ancient migratory pathway across the boreal forests of Canada to the Maritime Provinces and the coast of New England. [coastal wave] In his book Living on the Wind, author Scott Weidensaul [WHY-den-saul] describes what happens next:
“…it appears that many Blackpolls strike out south over the ocean, departing … at dusk… picking a night with a brisk, northerly tailwind ….
"They will need the help. For the next 40 or 50 hours, the tiny songbirds will fly over the western Atlantic, wings buzzing at twenty flaps a second, climbing to altitudes of more than 5,000 feet. They will show up on weather radar as they pass Bermuda and the Greater Antilles, glowing green specks … like ghosts beneath the moon.
"The warblers follow a curving track, steered and abetted by the wind.
[Sound of wind]
"At first, the northwesterlies carry them out to sea… Midway, somewhere around Bermuda…the migrants come under the influence of the … trade winds…[sound of trade winds]. [* See editor's note below]  The tiny birds are shepherded back … toward South America, finally making landfall along the coast of Venezuela or Guyana, an over-water trip of about 2,000 miles – a passage with no rest, no refueling, no water, during which each will have flapped its wings nearly 3 million times.”
[Song of Blackpoll Warbler]
Find us at birdnote.org.
###

* Editor's note: More recent research has shown that many, if not most, of the birds stop somewhere, perhaps on Hispaniola or another island in the Caribbean. According to a paper by William DeLuca and Christopher Rimmer, "To track the flights, the researchers in 2013 captured warblers in Vermont and Nova Scotia and fitted them with miniature devices called “light-level geolocators," which resemble songbird backpacks. The warblers migrated south in the fall, spent a winter in the tropics, then returned in spring to North American breeding sites, where the biologists recaptured five birds, removed their geolocators and downloaded their flight itineraries. Four warblers, including two from Vermont, had departed between Sept 25 and Oct 21 from points somewhere between western Nova Scotia and western Long Island or New Jersey, and flew day and night over the Atlantic Ocean until landing in either Hispaniola or Puerto Rico. Their flight times ranged from 49 to 73 hours. A fifth bird likely took a shorter trans-oceanic trip. It departed the mainland on November 4 from Cape Hatteras and then flew nearly 1,000 miles non-stop for 18 hours later to land in Turks and Caicos before continuing on to South America." Learn more.

* Weidensaul, Scott. Living on the Wind: Across the Hemisphere with Migratory Birds. North Point Press, 1999. Page 11 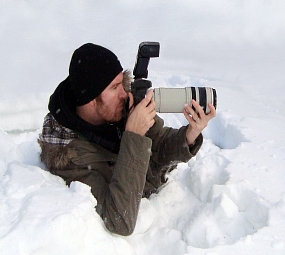 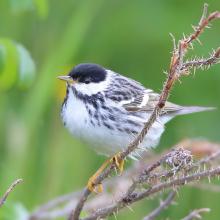 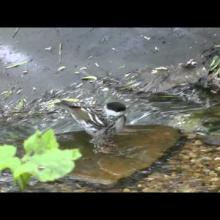 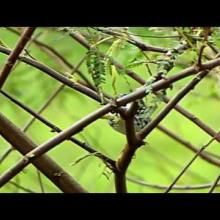 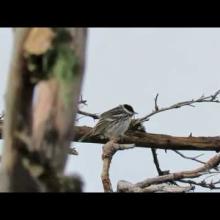