How do they recognize each other? 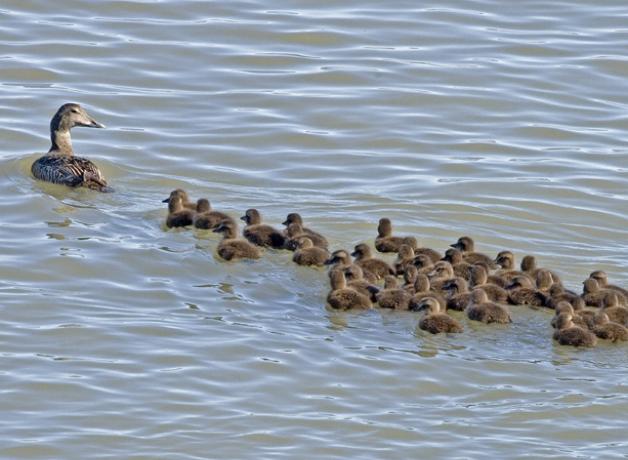 Some species of birds try to save energy by tricking others into incubating their eggs. But if the parasitic female is a related species, she may have an advantage. After studying the nests of Common Eiders, such as the one pictured here, researchers at the University of Gothenburg in Sweden determined that trickery among close relatives of the nest owners caused no aggression. But the attempts of unrelated females often resulted in conflict.

Can birds tell who their relatives are? Recently, researchers at the University of Gothenburg in Sweden tried to find out. But first - a bit of background.

Female birds of some species try to save energy by tricking others of the same species into incubating their eggs. They're known as brood parasites. If a bird incubates the eggs of unrelated females, she has more babies to care for, but gains no genetic benefits. If the eggs are laid by a close relative, though, the host may gain by favoring the spread of genes they share. [Common Eider Nosey Gossip Sounds…]

To try to discern whether birds can tell the difference, researchers filmed interactions at 65 nests of the Common Eider duck. They recorded whether there were fights when a female other than the owner of a nest tried to lay an egg there. And it turns out that close relatives caused no aggression. But, an unrelated female often did cause conflict if she tried to lay an egg there.

So - female Eiders appear to act differently toward close relatives.

Exactly how they recognize them, though, remains unknown. [Common Eider Nosey Gossip Sounds…]

Learn more about the University of Gothenburg studyAudubon Field Guide: Common EiderCommon Eider – More at All About Birds 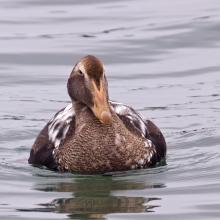 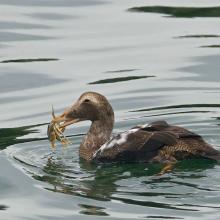