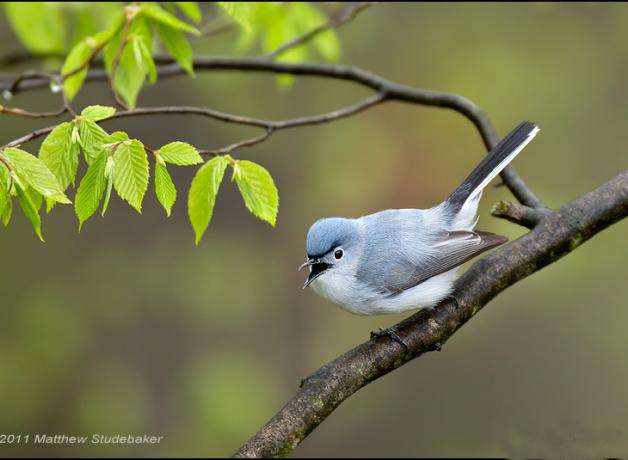 National Audubon's Corkscrew Swamp Sanctuary is birdy at any time of year. But in winter, this mixture of cypress swamp and pineland comes alive with migratory songbirds. On a warm, sunny morning, birds are active all around, from the tops of the tall cypresses to the shrubs along the boardwalk. An Eastern Phoebe, after spending the summer in Pennsylvania, calls from a dead branch over the water. A Palm Warbler, all the way from Ontario, moves through the undergrowth. And this Blue-gray Gnatcatcher, having migrated from a similar swamp in Georgia, forages in a willow. Many birds find the habitats they need in the Corkscrew Swamp Sanctuary.

This is BirdNote!
[Pileated Woodpecker call and fade in Corkscrew ambient in winter]
A Pileated Woodpecker breaks the silence on a winter morning in south Florida’s Corkscrew Swamp. A mixture of cypress swamp and pineland, this National Audubon sanctuary is birdy at any time of year, but in winter it comes alive with migratory songbirds. On a warm, sunny morning, birds are active all around us from the tops of the tall cypresses to the shrubs along the boardwalk.
[Blue-gray Gnatcatcher call]
There’s a Blue-gray Gnatcatcher, foraging in a willow. It has flown to Corkscrew from a similar swamp in Georgia. Higher up in a cypress, a Northern Parula (PAIR-uh-luh) – resplendent in blue, auburn, and gold – calls repeatedly. [Northern Parula chip call] It may have come from the same Georgia swamp.
An Eastern Phoebe calls from a dead branch over the water. [Eastern Phoebe call] The phoebe has made a longer flight, from its nest site on a Pennsylvania stream.
Another small bird moves through the undergrowth, wagging its tail as it hops from branch to branch. [Palm Warbler chip call] It’s a Palm Warbler, all the way from Ontario to spend the winter in a place where insects are common and there’s no chance of snow.
The 14,000-acre Corkscrew Swamp Sanctuary was set aside in the 1950s. Today many birds find the habitats they need there. [Pileated Woodpecker call] To learn more, begin at birdnote.org.
###
Bird sounds provided by The Macaulay Library of Natural Sounds at the Cornell Lab of Ornithology, Ithaca, New York. Pileated Woodpecker call recorded by D.S. Herr; call of Blue-gray Gnatcatcher [94293] recorded by W.L. Hershberger; Eastern Phoebe call [61882] by W.W.H. Gunn; Northern Parula [34515] recorded by E. Morton; and Corkscrew ambient 122429 recorded by T.J. Walker.
Palm Warbler chip call recorded by Todd Wilson TDWilson.org
Producer: John Kessler
Executive Producer: Chris Peterson
© 2014 Tune In to Nature.org    January 2017/2019   Narrator: Mary McCann 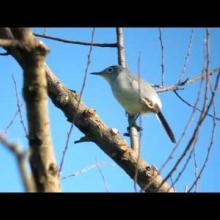 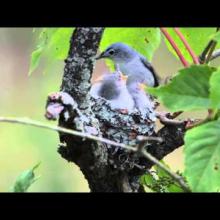 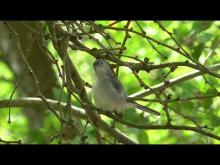