Dinosaurs in the Here and Now

Finding a new appreciation for birds as living dinosaurs. 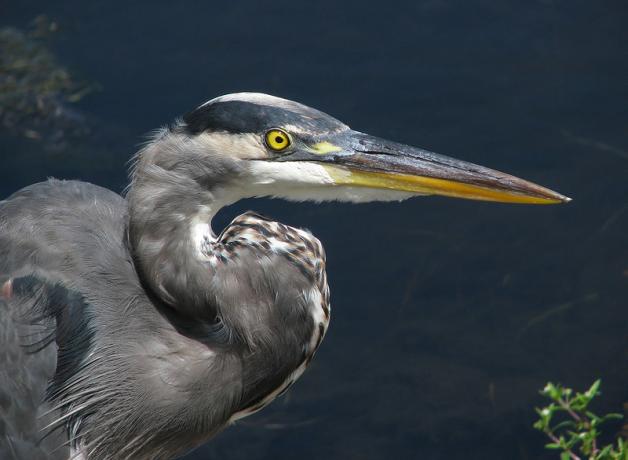 In this episode, Adé Ben-Salahuddin, an evolutionary biologist in training, reflects on how his connection with birds has changed over the years. The simple fact that birds are the only living dinosaurs left was what drew him to birds for a long time. He would share that fact with visitors on guided tours of the fossil collections at his local museum. During COVID, the museum closed for renovation, so Adé began working at a warehouse instead, surrounded by the sounds of whirring machines and beeping scanners. More recently, he has been visiting a local pond that hosts many species of birds and has developed an appreciation for them as living dinosaurs.

Dinosaurs in the Here and Now

I’m Adé Ben-Salahuddin, and I’m an evolutionary biologist in training.

Birds are the only dinosaurs here now. As someone with a lifelong interest in paleontology, this simple fact was – for a long time – what drew me to birds. It was something I’d always tell people on guided tours of the fossil collections at my local museum.

But when everything shut down from COVID and the museum closed for a 3-year renovation, I began working at a very different place. [warehouse noises] Three to four nights a week for nearly a year, I’d spend twelve hours in a warehouse listening to the endless whirring of a labyrinth of conveyors and oversized Roombas carrying shelves full of merchandise.

One winter morning towards the end of my time at this company, I got off the bus and decided to walk past my house to an area where I knew there was a pond I’d never actually seen on foot. Barely tucked away from the noisy hustle of the city, a different chorus greeted me.

I’ve returned to the area for over a year now, gradually learning the songs.  Sometimes I catch a glimpse of the performers; a dash of cardinal red [Northern Cardinal song ML 176241], a grackle’s shimmering black [Common Grackle calls ML 217634421], the yellow flecks on a Cedar Waxwing [Cedar Waxwing calls ML 96926181].

I still think of their extinct cousins and hope to reunite with them in a few years at the museum. But I have a new appreciation for the dinosaurs around us, as they are, in the here and now. 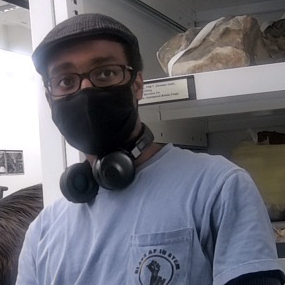