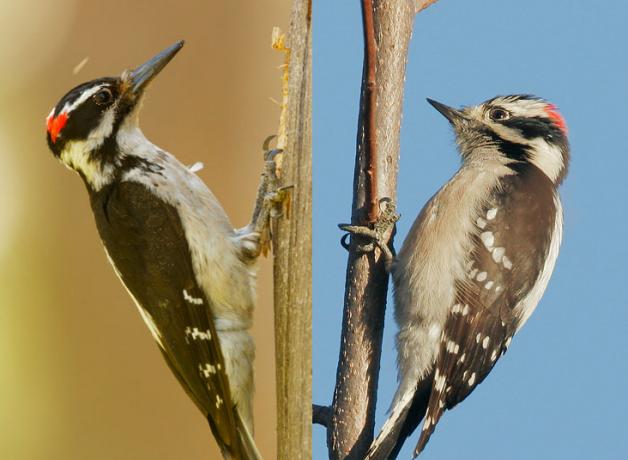 The Hairy Woodpecker's the larger of the two, though, with a distinctly longer bill. And it doesn't have the black spots on its outer tail feathers like the Downy. It's the Downy you'll see most often at suburban feeders, especially in deciduous woodland: small, black and white, the male sporting a vivid red patch on the back of its head. His Hairy cousin prefers hanging out in coniferous woods.

But even if you don’t see them, you can still tell them apart by those calls. Remember, soft and Downy, like a duvet: [Downy Woodpecker “pik” call + Music] 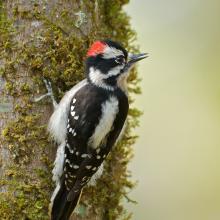 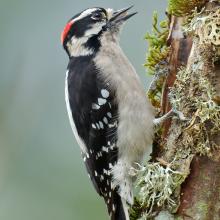 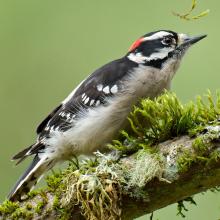 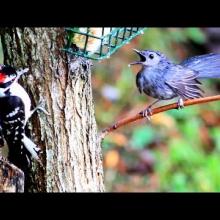