A Fascination with Cranes, With George Archibald

It all began in a one-room schoolhouse in Nova Scotia . . . 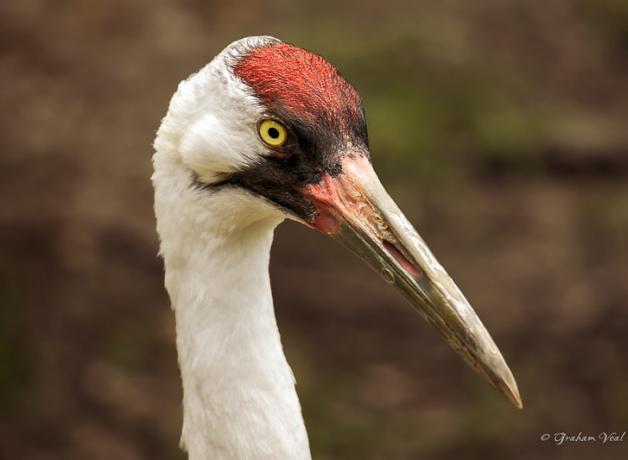 George Archibald has devoted his life to the conservation of cranes, including the Whooping Crane pictured here. His inspiration? At the age of eight, George heard a radio broadcast about Whooping Cranes at school. He says, “. . . it was this drama of a male and female crane who’d flown the gauntlet to get 2,700 miles from Texas to their breeding ground . . . I never forgot it!”

A Fascination with Cranes

George Archibald has devoted his life to the conservation of cranes. As co-founder of the International Crane Foundation, he’s worked for more than 40 years to understand and protect these stately birds. How did such fascination and commitment begin?

“Since the age of eight, I’d been interested in the Whooping Crane because I heard a radio broadcast about the discovery of the nesting grounds. It was the CBC, Canadian Broadcasting Corporation’s, School of the Air science program that we listened to in my one-room schoolhouse in Stillwater, Nova Scotia.

And it was this drama of a male and female crane who’d flown the gauntlet to get 2,700 miles from Texas to their breeding ground… [wetland/stream].

I never forgot it! And I read everything I could find, as a child, on Whooping Cranes. [Calls of Whooping Cranes] It led me to Cornell University to do my doctorate on the evolutionary relationships of cranes as revealed by their behavior.

I wrote letters all over the world and asked for information about the cranes and came to the conclusion that very little was known about them and that if somebody didn’t do something, we were going to lose many of the crane species.”

Today, George Archibald and others are working to ensure that doesn’t happen. To learn about their activities at the International Crane Foundation, begin at BirdNote.org.  [Calls of Whooping Cranes]

Bird sounds provided by The Macaulay Library of Natural Sounds at the Cornell Lab of Ornithology, Ithaca, New York. Calls of Whooping Cranes [2748] and crickets [also 2748] recorded by George Archibald.