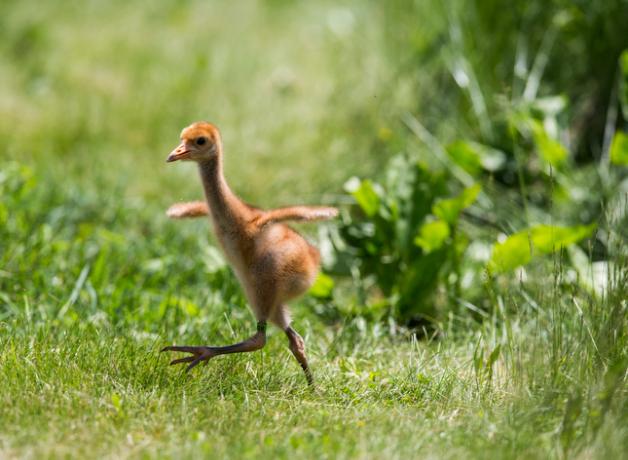 In Canada, where Alberta meets The Northwest Territories, lies Wood Buffalo National Park, where endangered Whooping Cranes dance, nest, and raise their young. It's a "place of superlatives,” says park superintendent Rob Kent. “Visitors can see pristine ecosystems, 5,000 bison, 150-pound wolves, and the largest freshwater delta in North America.” When summer ends and the juvenile cranes are able to fly, they migrate 2,700 miles to their wintering grounds on the Gulf Coast of Texas.

Written by Chris Peterson with special thanks to Rob Kent, WBNP Superintendent

In the Canadian north, where Alberta meets The Northwest Territories, lies the huge Wood Buffalo National Park. Here the Peace and Athabasca Rivers run through fescue grasslands, boreal forests, and wetlands of international significance. Here one of the world’s most endangered birds, the Whooping Crane, comes to dance, nest, and raise its young.

“I like to describe Wood Buffalo National Park as a place of superlatives,” says park superintendent Rob Kent. “Visitors can see pristine ecosystems, 5,000 bison, 150-pound wolves, the largest freshwater delta in North America, and fire and ice that shape things on a grand scale. [Jump in a Cessna 210, and it’ll take you almost two hours to fly across.]”

The world’s last completely wild flock of Whooping Cranes – about 275 – returns in spring to a vast mosaic of marshes and shallow ponds. In summer, with 20 hours of daylight, you can almost hear the explosive growth of plants and insects. [Insects] The insects become food for the dragonfly larvae that become food for the birds. [With their necks outstretched, the birds can stand five feet tall.]

When summer ends and the juveniles are able to fly, the cranes fly 2,700 miles to winter on the Gulf Coast of Texas.

[The immense dark skies of the park now dance with northern lights.]

Bird sounds provided by The Macaulay Library of Natural Sounds at the Cornell Lab of Ornithology, Ithaca, New York. Calls of Whooping Cranes [2748 and 2749] recorded by George Archibald; honey bee and other insects [60446] recorded by V.J. Ketner.