Spoonbill? Sprig? What's in a name? Turns out, a lot! 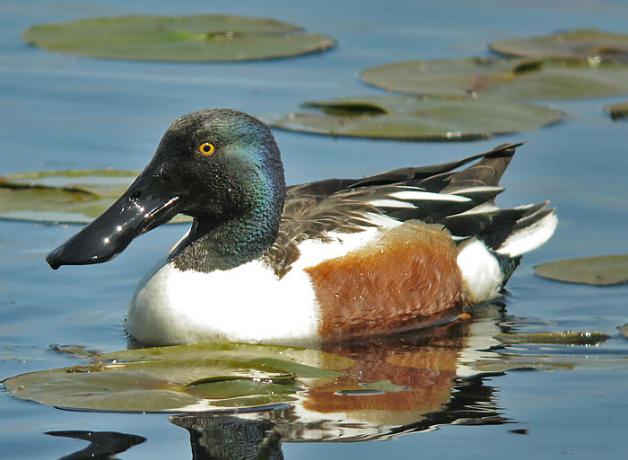 Hunters have nicknames for waterfowl that capture the distinctive sound and sight of these birds, such as "Spoonbill" for this Northern Shoveler. And why is the Northern Pintail called a "Sprig"? WNPR listener David, in Belchertown, MA, tells us that the answer can be found in Gurdon Trumbull's 1888 book, Names and Portraits of Birds Which Interest Gunners, page 38. Trumbull says that "sprig" is short for "sprig-tail," a decorative sprig of holly or a sprig of thyme added to a soup.

Successful hunters have always observed their quarry closely. Accordingly, they’ve created nicknames for waterfowl, names that capture the distinctive sound and sight of particular ducks such as:

In the 1880s, attracted by these descriptive monikers, the ornithologist Gurdon Trumbull interviewed hunters up and down the Atlantic flyway. His book, Names and Portraits of Birds Which Interest Gunners, is a fascinating compilation of the old and regional names given by the men who knew the birds so well.

Bird sounds for BirdNote are from the Cornell Lab of Ornithology.  I'm Michael Stein 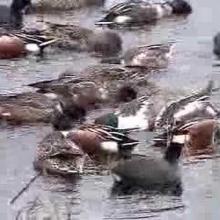 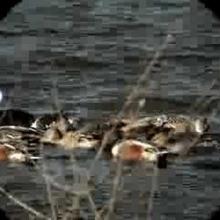