Better for birds -- and for cats! 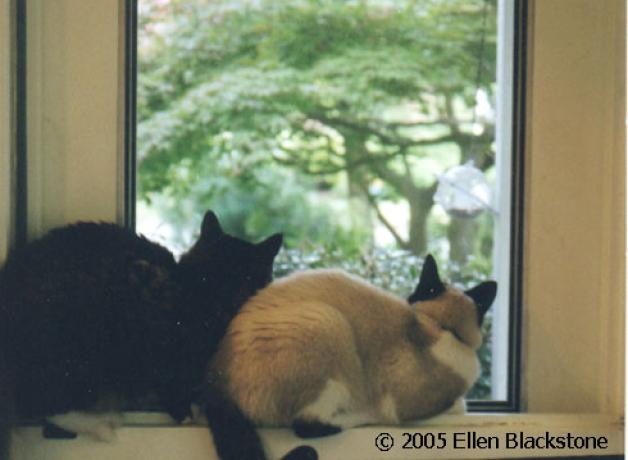 When they first leave the nest, young birds are especially vulnerable to cats. For some birds, it takes a few days before they can fly high enough to be out of harm's way. You can help by keeping your cat indoors, especially during the breeding season, March through July. If you hear a bird's distress call, go outside and have a look. Your presence may be a lifesaver to a vulnerable bird.

Do you have a catio? Send a photo to [email protected], and we'll share it with fellow listeners!

This is BirdNote!
[Distress call of the American Robin]
Adult robins sound this alarm when their young are threatened – like by a cat.
[Repeat distress call]
When young birds first leave the nest, they’re especially vulnerable. For some, it takes a few days before they can fly high enough to be out of harm’s way.
Cats are a big problem for birds. There are some 80 million pet cats nationwide and likely an equal number of feral cats. (1)
[Sounds of a cat]
A cat’s instinct is to hunt and kill. Even a well-fed cat. A study by the Smithsonian Conservation Biology Institute estimates more than 1.5 billion birds per year are killed. (2)
Not ready to keep your cat indoors year round? Well, we know the “fur can fly” on this issue, so how about May through July? That would be a big help to birds. And when you hear the distress call of a bird, go outside and have a look. Your presence may be a lifesaver.
[Distress call of the American Robin]
Hey, maybe you’re one step ahead – you’ve built a “catio” – an enclosed patio for a cat. Send us a picture and we’ll put it on line. A little imagination can go a long way to solving this huge problem. Audubon, American Bird Conservancy and others too, have great resources for cat owners ready to protect birds. Find links at birdnote.org.

(2) In January 2013 the Smithsonian Conservation Biology Institute released a study showing that the real figure is somewhere between 1.4 billion and 3.7 billion birds a year and for wild mammals between 6.9 billion and 20.7 billion. http://nationalzoo.si.edu/scbi/migratorybirds/blog/default.cfm?id=128

Does your outdoor cat catch birds? You may not know!The Oatmeal's take on keeping your cat indoors - not for the faint of heartYet another way to look at it... from the New York TimesCatios come in all sizes. Check these out!Learn how to enrich the life of your indoor cat at the American Bird ConservancyMore about Audubon's campaign for safer birds & catsThere's more from the New York Times about catios!Infection spread by feral cats threatens other wildlife - especially on Hawaii … 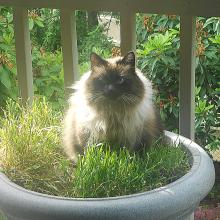 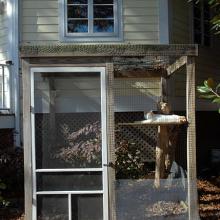 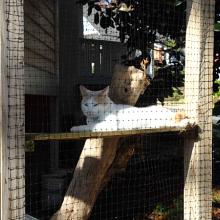 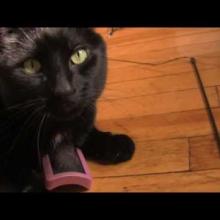