Lessons learned from the "chickadees of the Outback" 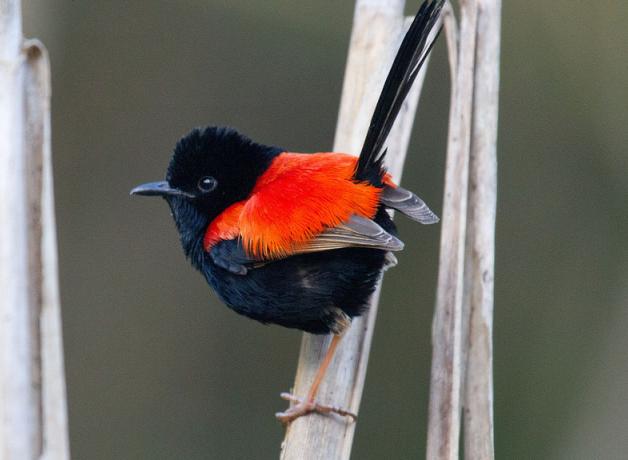 How do new kinds of birds and animals arise in the world? How does nature proceed from having a single species to having two different species? To find out, Dr. Mike Webster of the Cornell Lab of Ornithology is studying Red-backed Fairywrens in Australia. These birds, like the male pictured here, are known as the “chickadees of the Outback.”

How do new kinds of birds and animals arise in the world? How does nature proceed from having a single species to having two different species? To find out, Dr. Mike Webster of the Cornell Lab of Ornithology is studying Red-backed Fairy Wrens in Australia.

“What we do is spend many, many, many hours in the field working with these birds and get to know them intimately. We mark all the birds with colored leg bands. We follow them and observe their behavior. We find their nests. We measure their reproductive output. We know them by name and every night at dinner sit around and talk about what one bird or another has been up to that day.”

The scientists are observing what signals, for example what coloration and songs, would motivate or block breeding.

“The Red-backed Fairy Wren seems to be in that early stage of diversification... there are two sub-species or two races that are just slightly divergent from each other. And they diverge in sexual signals so the plumage color is slightly different and the songs are slightly different. And so we’re interested in seeing whether this is leading to a barrier to reproduction between the different populations.”

But as Mike Webster is learning, the process of speciation turns out to be very complicated and lengthy*. To learn more about his research, begin at birdnote.org

*Specifically, we are finding that recently diverged populations tend to merge back into one if they come into contact too soon, and this in turn implies that very long periods of separation — on the order of a million years or more — may be needed for the speciation process to go to completion. For more info on this research, listeners can go to my website http://www.nbb.cornell.edu/neurobio/websterlab/index.html.

Visit Dr. Mike Webster's websiteCheck out the Cornell Lab of OrnithologyRed-backed Fairywren - More at All About Birds 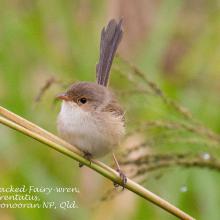 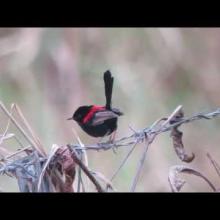 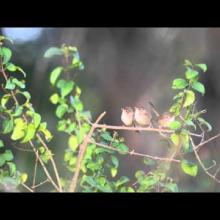 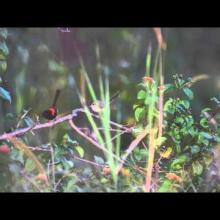