Rewards of Birding - With Harry Fuller

What a satisfying hobby! 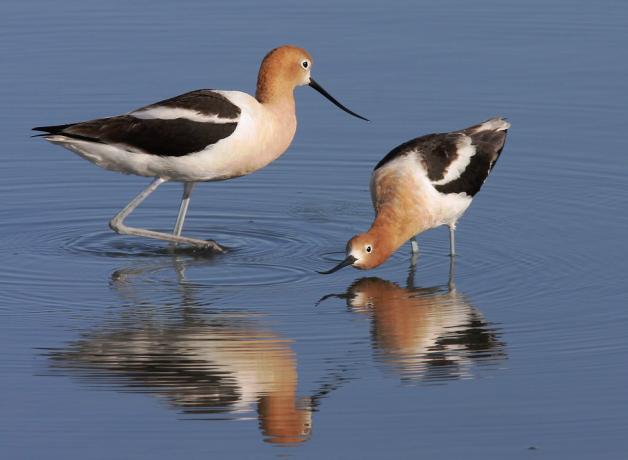 Why is birdwatching so rewarding? Bird guide, Harry Fuller, says it's about three things: It's free. You can do it wherever you are. And it's fun! Once you start watching, you really appreciate the beauty, the complexity, and the wonder of what's going on in the world around you. Like these American Avocets! Their rusty color is present only in the breeding season. By late fall, they'll just be black and white again. Amazing, isn't it?

The Rewards of Birding

Pat Fuhrman: “Oooh, what’s that tall white one out there? …
Harry Fuller: “There’s at least two Great Egrets on the far end of the marsh out here!”
Harry Fuller: “Look at the Stilts doing the display thing here!”
Pat Fuhrman: “Oh yah!”
Harry Fuller: “Oh! This is really nice if you want to see the Egret because you’ve got Canada Geese, pintails, and Ibis, and Franklin’s Gulls walking around on the ground, for scale.”

This took place in spring, but year-round, why is birdwatching so rewarding? Here’s bird guide, Harry Fuller:

“Well one of the things I always say to beginning birders is…‘First of all it’s free. Second of all, it’s anywhere and everywhere that you are. It’s almost impossible to think of a place, if you can go outside, where you’re not going to run into some kind of bird. And it’s remarkably entertaining. It’s easy to do. Start with two or three species that you see regularly and study them… Figure out what they’re doing to make a living. How do they get food? … Are they around all year? Do they disappear? ...And you start to get a rich appreciation of what’s going on around you all the time. But if you don’t stop to look at it, you just miss it. But once you start watching, you really appreciate — the beauty, the complexity, and just the wonder of what’s going on in the world around us.’”

Join us for more, at birdnote.org. 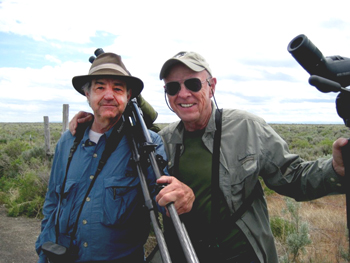 Follow Harry Fuller's birding adventures on his blogCheck out Harry's book, "Freeway Birding!"American Avocet – More at the Audubon Guide to North American BirdsAmerican Avocet - More at All About BirdsFind your local Audubon and go on a field trip! 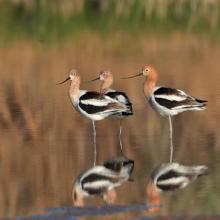 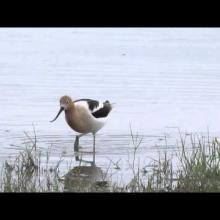 By Ellen Blackstone
Out of the 810 species of North American birds, only crows and ravens are completely black.