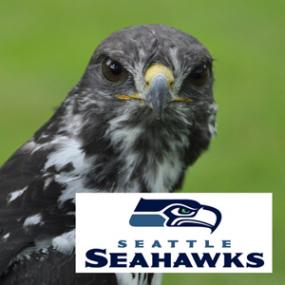 A flock of fearless Seahawks is making an epic cross-continent journey to the meadowlands of New Jersey. To prepare for the great migration, they went up against mighty foes -- Panthers, Cardinals, Jaguars, Falcons, Colts, and Rams. They’ll face fierce competition from the Broncos for the turf. But the Seahawks are ready. They’ve risen above the ranks of common hawks, even above the Ospreys after which they’re named. These “Super Seahawks” are now among the mightiest of raptors! Their flock has even attracted a Golden Eagle named Tate!

By Chris Peterson and Bruce Schwager

This is BirdNote!
[Loud, insistent call of Osprey]
While some species only dream of migrating to the meadowlands of New Jersey in the dead of winter, a flock of fearless Seahawks is making this epic cross-continent journey. Once there, they’ll touch down on verdant grass where wild horses nibble and snort.
[Wild horses neigh]
To prepare for the great migration, the Seahawks, some weighing 300 pounds, battled non-native species and defended their home territory, the historic tide flats of Seattle. Time and again, they went up against mighty foes -- Panthers from Carolina [snarl of a panther], Cardinals from Arizona [song of Northern Cardinal], Jaguars from Jacksonville [snarl of jaguar], Falcons from Atlanta [call of Peregrine Falcon], Colts from Indianapolis [whinny of a colt], and Rams from St. Louis [bleat of a ram]…
And victorious they were!
[Calls of the Twelfth Man]
The Seahawks know they’ll face fierce competition from the Broncos for the turf. [pawing and snorting of horses] But they are ready. They’ve risen above the ranks of common hawks, even above the Ospreys after which they’re named. [Insistent call of Osprey] These “Super Seahawks” are now among the most mighty of raptors! Their flock has even attracted a Golden Eagle named Tate! [Scream of a Golden Eagle]
Go, Seahawks!!
[Calls of the Twelfth Man!]
###
Bird sounds provided by The Macaulay Library of Natural Sounds at the Cornell Lab of Ornithology, Ithaca, New York.  Call of Osprey [105731] recorded by G.A. Keller; song of Northern Cardinal [176244] by G.A. Keller; and call of Peregrine Falcon [uned.] by G. Vyn; and call of Osprey [106651] by R.S. Little; and call of Golden Eagle [4176] by A. Priori.
BirdNote’s theme music was composed and played by Nancy Rumbel and John Kessler.
Producer: John Kessler
Executive Producer: Chris Peterson
© 2014 Tune In to Nature.org    January/Feb 2014   Narrator: Michael Stein     www.birdnote.org

•    The Super Bowl was held in Met Life Stadium, part of the Meadowlands sports complex in East Rutherford, NJ, not in a Meadowlands Stadium. 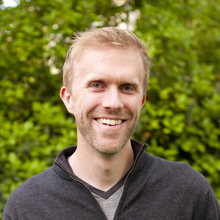 Osprey - Learn more about the true "seahawk" at All About Birds