What the heck does that mean? 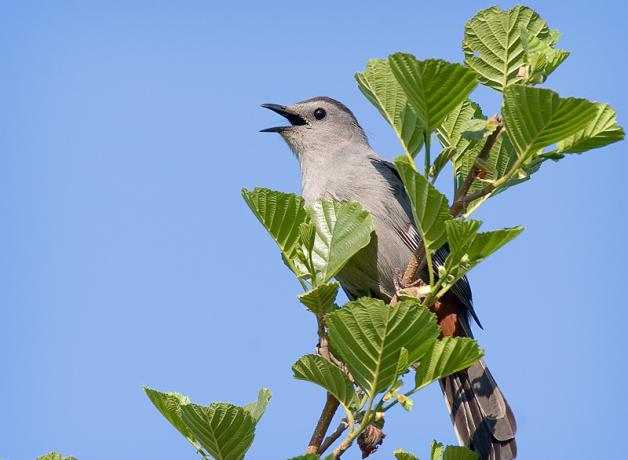 This is BirdNote!
[Strains of “Take Me Out to the Ball Game”]
Longtime Brooklyn Dodger and later New York Yankee announcer Red Barber often described a player in a winning situation as “sitting in the catbird seat.” [Recording of Red Barber]
So what is “sitting in the catbird seat”? And what, for that matter, is a catbird? The catbird part is easy: it’s a cousin of the mockingbird, in the bird family known as the mimids (pronounced MIMM-idz). And it does sound a little like a cat. [Mewing of Gray Catbird]
But where did that phrase come from? It’s been around since the 19th century, probably originating in the south, where there are lots of catbirds. The Gray Catbird is normally a skulker, foraging near the ground. [Mewing of a Gray Catbird] But during breeding season, when it’s protecting its territory, the catbird is likely to pick fights with others of its species. As part of the competition, the two combatants sing their way to higher and higher perches. The one who finally takes the highest perch is … well … sitting in the catbird seat, with the best view, in control, top bird, so to speak. [Song of Gray Catbird]
So, take it from the old redhead: the catbird seat is the place to be. [Strains of “Take Me Out to the Ball Game”] 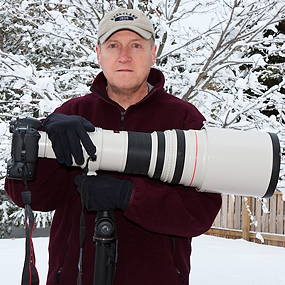 Gray Catbird - More at All About Birds 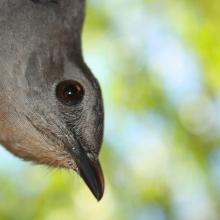