The size range of songbirds is amazing! 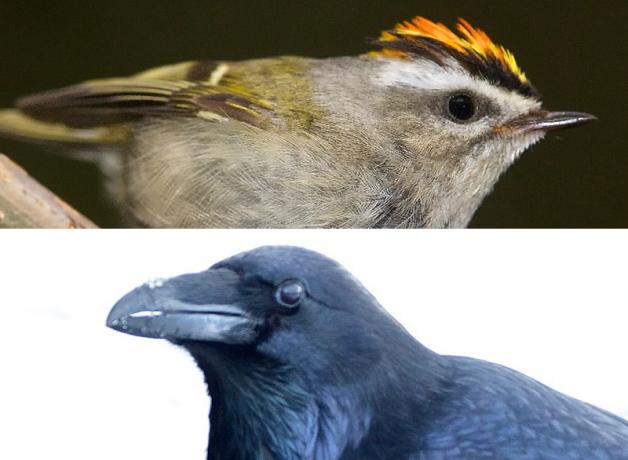 The group of birds called “songbirds” — the perching birds — is incredibly broad. Half the world’s 10,000 birds are in the songbird group, and their range of body sizes is mind-boggling. One of the smallest songbirds in North America is the Golden-crowned Kinglet, barely larger than a hummingbird. The largest is the Common Raven, which is almost two feet long and weighs around three pounds.

Which is the heftiest of all songbirds on the continent? What about the tiniest?

Okay, first, what is a “songbird?” Songbirds make up a broad and seemingly informal category, from swallows and robins to crows, sparrows, and many more. They aren’t all fine singers by any stretch, but “songbirds” sticks as a name.

Their full size range is mind-boggling.

In a wrestling match, the raven would have an undeniable size advantage. But the kinglet, with its lighter-than-air hovering flight, could literally fly circles around the raven.

Half the world’s 10,000 birds are in the songbird group. Some days on a bird walk, especially in the northern states, you might see the continent’s tiniest and most massive songbirds in the same tree. 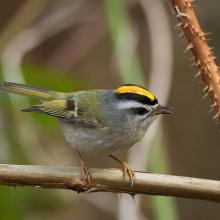 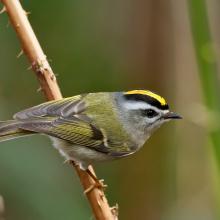