Starlings Say It With Flowers 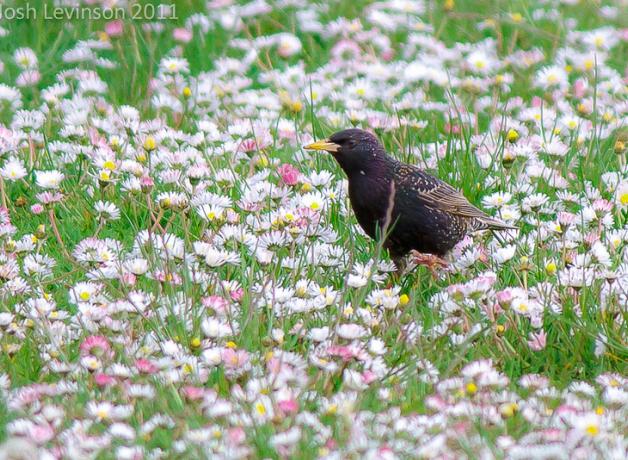 European Starlings regularly adorn their twig nests with marigolds, elderberry flowers, yarrow leaves, and even willow bark — all of which are full of aromatic chemicals, which fumigate their nests and are thought to discourage pests and parasites. Scientists discovered that starlings hatched in well-fumigated nests tend to weigh more, and live longer, than those raised without fragrant herbs.

Starlings Say It with Flowers

European Starlings are a common sight in suburban yards, waddling methodically through the grass to dig for grubs and other tasty bits.

Watch long enough, though, and you may see a starling pause in the hunt to neatly pluck a marigold or other bright flower — and then fly up to deposit the bloom in the nest.

How romantic. But there’s more to it. Ornithologists have found that starlings regularly adorn their twig nests with fresh vegetation — the more fragrant the better. Marigolds, of course, but also elderberry flowers, yarrow leaves, and even willow bark.

All of which — as your nose will tell you — are full of aromatic chemicals. The starlings are actually fumigating their nests.

Why? The chemicals have been thought to help discourage pests and parasites. Scientists have discovered that the smelly plants may offer an even more direct benefit to nestlings — by stimulating their immune systems.

It turns out that starlings hatched in well-fumigated nests tend to weigh more and live longer than those raised without benefit of fragrant herbs.

The gift of flowers: romantic and practical all at once. 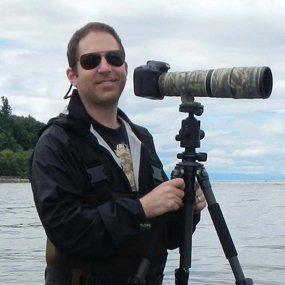 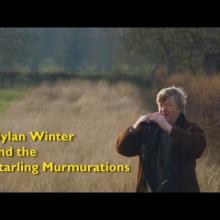