Those little bundles of joy? Not really... 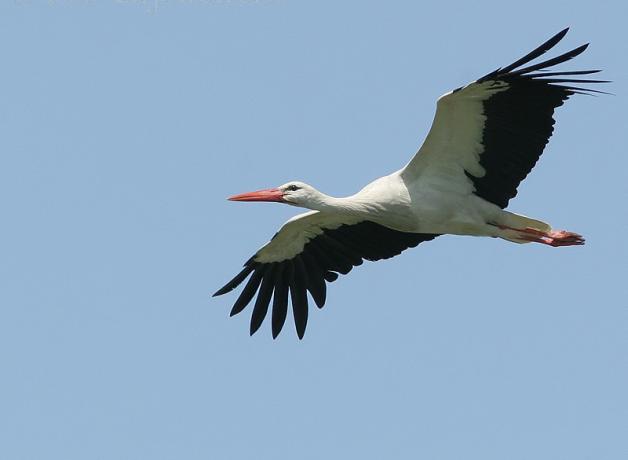 Storks and babies have been linked together for centuries. But how did that old legend get started? Researchers suggest that the legend goes back to pagan times, when civilizations were keen to have high birthrates. The myth of storks and babies was forged by the birds' return in spring, when many babies were born. Many people in Europe still associate White Storks with good luck and look forward to the birds' return.

Researchers suggest that the legend goes back into pagan times, when civilizations were keen to have high birthrates. It probably began in what is now Northern Germany.

The legend concerns the White Stork, a large, stately bird with black wings and red legs and bill. These birds breed in Europe, but migrate far to the south to winter in tropical Africa. The link between storks and babies was forged by the birds’ return in spring, a time when many babies were born, just about nine months after midsummer.

The association with babies has been propitious for the storks. People encouraged the birds to build their large stick nests on roofs and chimneys. Even today, many people associate storks with good luck and look forward to the birds’ return each spring. [Storks, bill clapping]

Discover a bundle of information about these birds and others, when you come to our website, birdnote.org. I’m Mary McCann. Now let me see if I can get that stork to put that baby down. 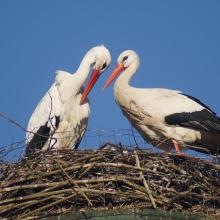 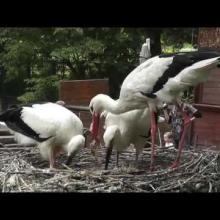