Treeswifts fashion their nests from bits of plants and feathers — and lots of saliva.
Download
iTunes
Subscribe to the Podcast 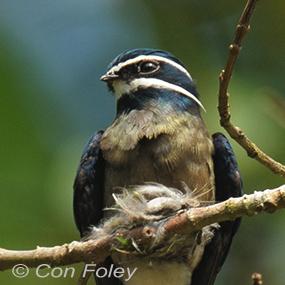 The treeswifts of India, Southeast Asia, New Guinea, and beyond make their nests out of bits of plants and feathers and hold it all together with some very sticky saliva. A treeswift’s whole nest is but a tiny cup — just large enough to hold a single egg — stuck to a bare upright branch. The adult on the nest appears simply to be perching, not sitting on a nest. Ingenious! See the photo blog for more...

Some birds’ nests make a grand visual statement. An Osprey’s massive stack of branches atop a broken-off tree is hard to miss.

At another extreme, some nest-builders are minimalists, like the treeswifts of South Asia and the Southwest Pacific.

There are four species of treeswifts, and they range from swallow- to robin-sized. They’re dark with long, slim wings and tails, and crested feathers top their heads.

Treeswifts fashion their nests from bits of plants and feathers — and lots of saliva. The entire nest consists of a tiny cup, sized just right to hold a single egg. The swift’s nest holds the egg upright, with the top half of the egg exposed. The nest cup is attached to the edge of an upright bare branch, where it makes a barely perceptible bump—a nest hidden in plain sight.

The adult swift straddles the twig just above the cup and lowers itself onto the egg to keep it warm. The camouflage is ingenious: the adult appears simply to be perching, not sitting on a nest.

What the treeswift nest lacks in size, it more than makes up in stealth. And it’s a testament to the strength of that tremendously sticky saliva. 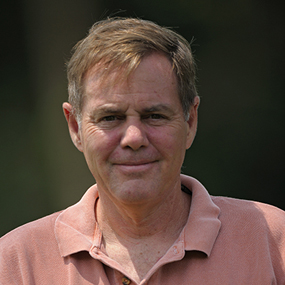 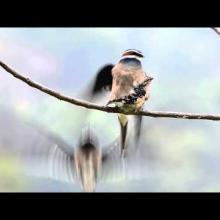 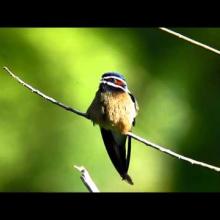 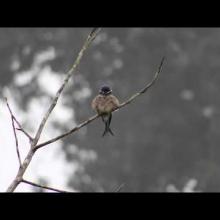