A Wilson's Snipe takes to the air! 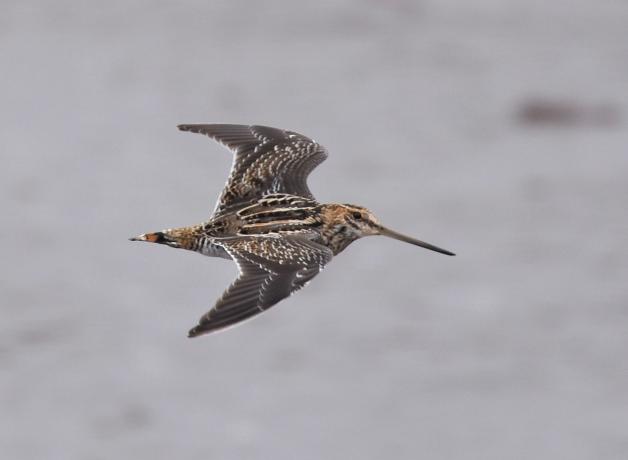 The Wilson's Snipe lives in marshes and muddy areas, where it probes for worms and other squirmy delights. But when spring comes, it takes to the air. The male Wilson's Snipe circles high above in a series of roller-coaster arcs, each descent marked by a loud and distinctive sound. This winnowing sound comes from its wings and a couple of tail feathers! Take a field trip with your local Audubon and you may find a snipe.

###
Sounds of the Wilson’s Snipe provided by The Macaulay Library of Natural Sounds at the Cornell Lab of Ornithology, Ithaca, New York. Winnowing and calls recorded by Hershberger/Peyton/Little and winnowing alone recorded by G.A. Keller.
Producer: John Kessler
Executive Producer: Chris Peterson
© 2014 Tune In to Nature.org     May 2018 /2021   Narrator: Mary McCann 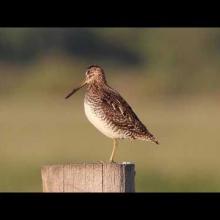 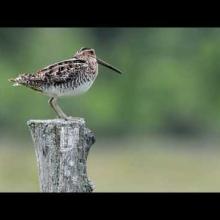 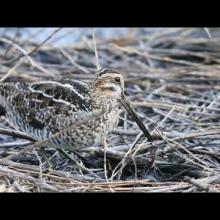