Spark Bird: Birding from the Bus

Once you start paying attention to birds, it’s hard to stop 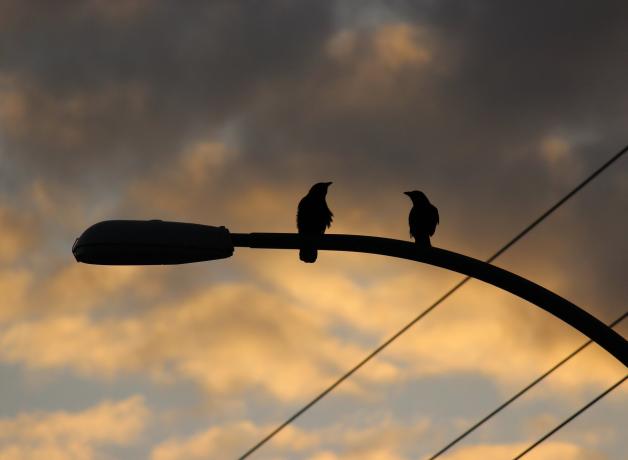 Kelsen Caldwell drives a bus in and around Seattle for King County Metro. As a bus driver, sometimes there’s downtime if your bus is moving too fast. What do you do with all that extra time? If you’re Kelsen, you fall in love with birds.

Spark Bird: Birding from the Bus

As a bus driver, your schedule is pretty important. Sometimes you run late, and there's nothing you can do about that. And then sometimes, you actually end up running fast.

I was driving a route and I kept running fast, and then I would pull over to the side of the road. I would just be kind of, like, twiddling my thumbs, worrying about what my passengers are thinking, and I wanted to find something to occupy my mind. And so I started to look for birds as my pastime.

Like, oh wow, like, look at those ducks and then, oh! Look at those crows. And then, that was kind of this weird entry point into becoming a lot more interested in, like, why are the birds going here at this time of day and where do they hang out? Or like what makes it possible for that bird to, like, stay here during the winter?

Ashley Ahearn: Driving the same route through Seattle each day, Kelsen noticed as new birds returned with the spring migration, and how crows would fly off to roost together at night. Now, no matter where Kelsen is, they see birds everywhere. Once you start paying attention to birds, it’s hard to stop.

Kelsen Caldwell: Though I will, mind you... I, like, keep my eyes on the road, obviously – a major part of my job.