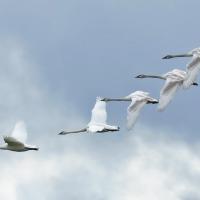 November 1, 2018 Although we may think of autumn as the end of the growing season, a sort of winding down in the natural world, for birds it’s as much a season of renewal as the spring. In the colder months, we welcome back our winter birds — juncos, swans, and more — which spent the summer in their 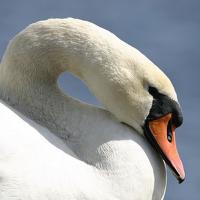 February 19, 2017 The idea of the "swan song" recurs from Aesop to Ovid to Plato to Tennyson. Ovid described it, "There, she poured out her words of grief, tearfully, in faint tones, in harmony with sadness, just as the swan sings once, in dying, its own funeral song." But it's based on a sweet fallacy - 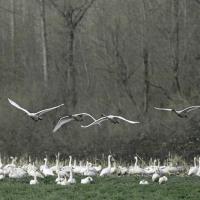 November 19, 2016 Trumpeter Swans land in a plowed field to forage for remnant potatoes, grain, and other waste crops. This swan is among the largest of all waterfowl; the Tundra Swan is somewhat smaller. These swans migrate in family groups each fall from nesting sites in Canada and Alaska. Learn more 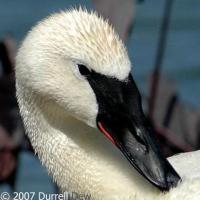 October 23, 2016 Waterfowl must swallow hard particles so their gizzards can grind up hard foods, like grains. Unfortunately, they can't tell a lead pellet from a small pebble. Beginning in 1991, waterfowl hunters were required to switch from lead shotgun pellets to pellets made of non-toxic metals. The 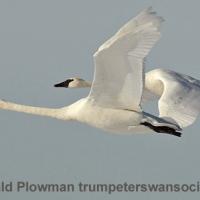 February 10, 2014 With up to nine-foot wingspans, Trumpeter Swans are the world's largest water birds. Watching them in flight brings us into the presence of what the poet Rilke called "a more powerful reality - rising and circling, poised but wild." But they came close to disappearing. Through the love 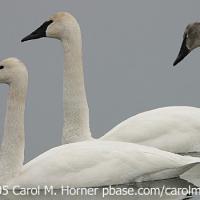 February 14, 2012 Swans have long exalted the human heart. Among the world's most magnificent creatures, swans inspire us, especially on Valentine's Day. On a lake, an adult pair of swans glides serenely, side by side, a classic symbol of love. And they have earned their reputation for fidelity. Swans mate 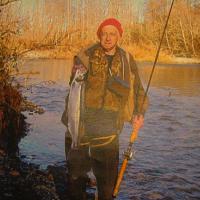 March 3, 2011 In the late 1970s in Washington State, bulldozers began mining gravel on the banks of the most productive steelhead fishing spot on the Snohomish River. This raised the ire of Bob Heirman and his local sportsmen's club. They took on Dave Beck, Jr., head of the mining company and son of the 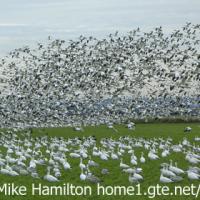 An Adventure on the Skagit

February 27, 2009 On the Skagit Flats, an hour north of Seattle, dramatic scenes of wildlife unfold every winter. "The flats" are broad, level deltas where the river drains into Skagit Bay. They offer a wildlife panorama with few equals in North America. Immense Bald Eagles stand ready to give chase for a