A tiny island is a saving grace for migratory birds. 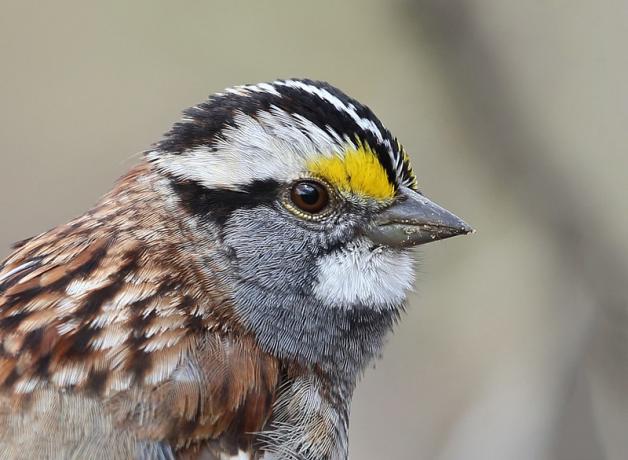 On Block Island, 11 square miles of land off the coast of Rhode Island, Kim Gaffett catches birds and puts metal bands on their legs to track them. This has helped reveal how the birds use their island layovers. Having crossed the ocean without eating or drinking, birds—like this White-throated Sparrow—need stopover sites like Block Island to eat and refuel for the rest of their journey.Hear more about how Block Island helps migrating birds on the Threatened podcast.

This is BirdNote.
[Ferry horn, announcement]
Block Island is 11 square miles of sand, shrubs, and houses off the coast of Rhode Island. Kim Gaffett, a life-long resident of the island, catches birds and puts metal bands on their legs to track them.
Kim Gaffett: People say, they always want to know what's your favorite bird? Right? Well, my favorite bird is the one that's in my hand, right then. And so right at this moment, my favorite bird is a White-throated Sparrow.
The bird-banding efforts have revealed how migratory birds make use of their layovers on Block Island. Birds crossing the ocean need safe stopover sites like this one to find food and refuel for their journey, says biologist Scott McWilliams.
Scott McWilliams: The typical songbird migrant leaves at dusk the previous day and flies for much of the night without eating, without drinking, and it's using all of whatever it can put in the fuel tank, and make it to a stopover site by the next morning.
And so what happens at those key stopover sites like Block Island, is … first of all, they have to rebuild their guts because they've made a large migration.
Thanks to efforts by Gaffett and other conservationists, Block Island has protected nearly half of its land as wildlife habitat where birds can find food and shelter — a stunning example for other island communities.
[White-throated Sparrow song, https://macaulaylibrary.org/asset/169021, 0:36-0:39]
You can hear more about how Block Island helps migrating birds on the Threatened podcast. Listen in your podcast app or at BirdNote.org. I’m Ari Daniel.
###
Senior Producer: John Kessler
Production Manager: Allison Wilson
Producer: Mark Bramhill
Associate Producer: Ellen Blackstone
Digital Producer: Conor Gearin
Field recordings by Ben James.
Bird sounds provided by The Macaulay Library of Natural Sounds at the Cornell Lab of Ornithology, Ithaca, New York. White-throated Sparrow ML 169021 recorded by M. Medler.
BirdNote’s theme was composed and played by Nancy Rumbel and John Kessler.
© September 2021 BirdNote      Narrator: Ari Daniel
blockisland-02-2021-09-17    blockisland-02 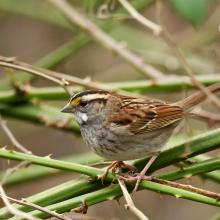 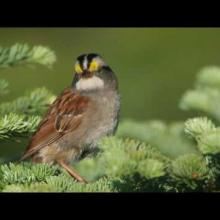 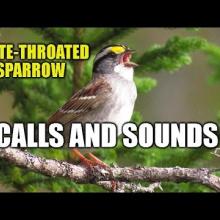 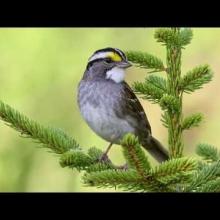