A wild-heron chase led to a deep love of birds 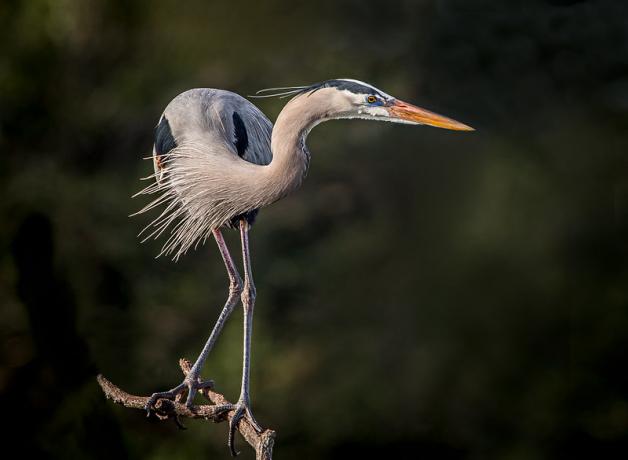 As a kid, science writer Ryan Mandelbaum avoided birds, thinking they were gross and kind of scary. But doing a video project in journalism school, Ryan had to search all over to get footage of a Great Blue Heron. When Ryan found one in its nest, they were shocked at how majestic and beautiful the bird was. Years later, Ryan and their spouse go birding all the time, planning vacations around what birds they might see.

As a kid, science writer Ryan Mandelbaum avoided birds, thinking they were gross and kind of scary. But when working on an environmental project in journalism school, Ryan had a change of heart:

Ryan Mandelbaum: I just came across a story about how the New York City Audubon Society was painting lawn flamingos white to try and attract Great Egrets back to an island off the coast of Staten Island. And I just thought this was so funny and I had to learn more.

Mark Bramhill: That led to a video project and a quest to capture footage of a Great Blue Heron, a bird that Ryan had never seen before. Which was actually hard to find for a totally novice birder! But after a lot of trial and error, and with some help from the New York City Parks Department, they found one.

Mark Bramhill: Now, Ryan and their spouse go birding all the time, planning vacations around what birds they might see. Finches have taken the top spot as Ryan's favorite birds, but the heron has not been forgotten: